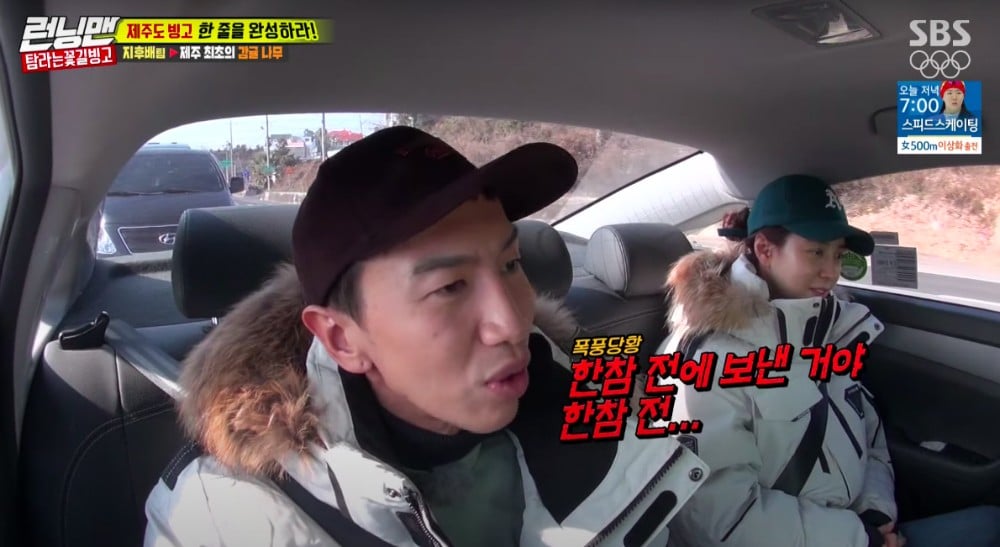 On a funny episode of 'Running Man' this week, Lee Kwang Soo got caught trying to betray his teammates once again.

During the February 18 installment of the show, members of 'Running Man' were divided into two different teams with one consisting of Lee Kwang Soo, Ji Suk Jin, Yang Se Chan, and Song Ji Hyo. While driving to another location, these four members promised to not stab anyone in the back and work together to win. This, however, did not last long as Ji Suk Jin received a text message from HaHa, member of the opposing team, in which Lee Kwang Soo sent earlier to HaHa in secret.

The message read, "Hyung, pick me, please. Our team has no hope, I'll do everything you tell me to do. I'll help you win." Lee Kwang Soo became flustered and started to make excuses saying he did it way earlier and was actually trying to trick the other team.

While the members criticized Lee Kwang Soo, Ji Suk Jin took that time as an opportunity to send HaHa a message of his own. Yang Se Chan immediately noticed this and called him out for doing the exact same thing as Lee Kwang Soo.

Check out the funny clip above!

H1GHR Music hints at identity of label's newest artist by posting a childhood photo
20 minutes ago   2   1,554