NBA superstar Stephen Curry to be on 'Infinite Challenge'!

Infinite Challenge is known to have global celebrity guests. Following many stars such as Thierry Henry, Jack Black, Fedor Emelianenko, and more, Stephen Curry is expected to appear on the show sometime at the end of July. Yoo Jae Suk added, "We were told that he wanted to meet the members of Infinite Challenge" to create excitement among the members.

Stephen Curry is currently in the middle of his NBA Finals against the Cleveland Cavaliers. After the finals, he is planning to film for 'Infinite Challenge' during the Seoul stop of his Asia Tour from July 27 to July 28.

Stay tuned for the much-anticipated episode! 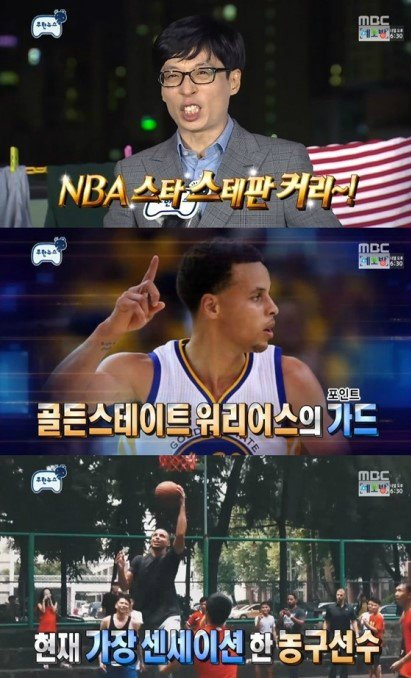 Former head of SM Entertainment's A&R department under fire after registering wife as lyricist for 15 songs
4 hours ago   19   10,061

The comedian who groped idols in the past finishes second at a body fitness competition
16 hours ago   72   35,916

The comedian who groped idols in the past finishes second at a body fitness competition
16 hours ago   72   35,916