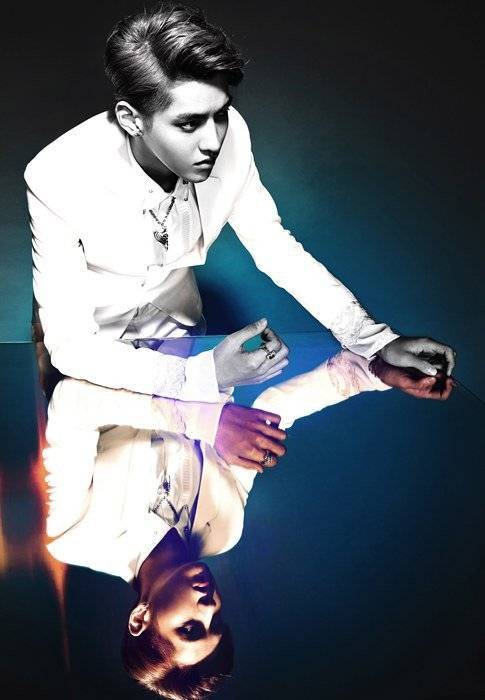 Shocking news has come for the fans of EXO as it has been reported that Kris is asking SM Entertainment to nullify his contract.

News broke in Korea that according to a report by a Chinese media outlet, Kris is asking for his contract to be terminated and has filed a lawsuit at the Seoul Central Court.

Specific details aren't mentioned, but the Chinese media outlet reports that the reasons are similar to that of Hangeng and Super Junior's previous situation. It is suspected that there is disagreement between him and SM Entertainment regarding his activities. [Update - According to several reports, Kris's side has claimed that the idol is being treated as an object rather than being respected as an artist. They also mentioned that SM one-sidedly decided on the schedules, not giving thought to Kris's opinion or his health condition. As they believe that SM is restricting Kris from his basic human right to freedom and his choices career wise, the contract should be nullified.]

A few Korean media outlets have contacted the court regarding this but a rep from the court is said to have said that there is no record of a suit being filed against SM Entertainment. In response, the Chinese media outlet has said that the suit has not yet been filed, but that Kris will be heading over to file.

There is so far no official from SM Entertainment regarding this report, so stay tuned for updates.

[Update 1] - Many fans have sent us tips saying that SM Entertainment has already denied the report and released a statement, but the original report that contained SM's statement has been changed and no longer includes the statement (you can see it here). The media outlet also changed the article's title so that it no longer reflects their previous content. We do not know the reason for the change, but stay tuned for an official statement to come.

[Update 2] - According to a report by 10Asia, they have spoken with the Seoul Central Court and it has been said that a lawsuit has been filed. "A suit regarding the termination of the contract has been submitted under Kris's Chinese name on the 15th... As it has just been submitted today, it has not been completely processed through the system." The media outlet states that SM is currently not responding.

[Update 3] - Images of Kris's submission to the court has been spreading, and SM Entertainment has finally responded to say, "We are trying to confirm the facts regarding the lawsuit requesting for the termination of Kris' contract. It is a very shocking issue, but we will do our best so that EXO's activities will go on smoothly." It's also being said the same lawyer who represented Hangeng will be representing Kris. 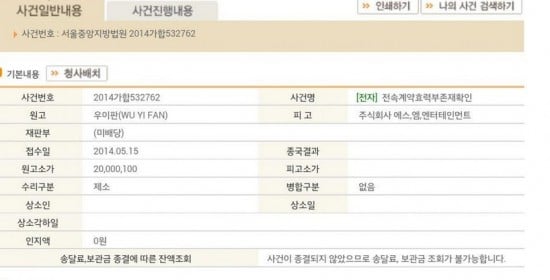 The law firm has also expressed that their intention is to quietly handle this case without revealing specific details to the public.

TV personality Kim Gu Ra & his wife revealed to have welcomed a healthy baby over the Chuseok holidays
1 hour ago   1   2,644

'The Late Late Show With James Corden' deletes videos of the host calling BTS's appearance at the UN 'unusual' in response to backlash from ARMYs
22 hours ago   137   80,757

Actor Nam Goong Min nonchalantly shuts down rumors of his alleged steroid use by uploading a photo of himself at the gym
2 days ago   59   43,538