SBS's flagship Sunday variety program, 'Running Man', is going through a renaissance period, bolstering its line of characters and inviting even more popular celebrities as its weekly guests.

Although the audience is only aware of what they can see through the television, much work goes on behind-the-scenes to making every episode happen. The lead producer of the popular variety show, Cho Hyo Jin, recently sat down with Osen for a short interview.

You're currently in a ratings battle with '1 Night 2 Days'.

Honestly, I could care more about the ratings. If I cared that much, I would've changed the format of the show two and a half years ago. I don't look at the minute-by-minute graphs as well. Either the scriptwriters tell me "the ratings are out", or I get a text message from friends congratulating me on good ratings, and that's when I take a look.

You're in charge of SBS' flagship variety program. Isn't it a burden?

Of course it's a burden. I always try to not lose face and also have higher goals in mind. Among ourselves, the motto is "don't do anything that would embarrass us", especially among fellow workers in this field.

The show's been charged with being scripted, Gary had announced his departure, and your ratings were low. There must've been times when you felt frustrated.

I didn't really care. I don't read too many articles and don't go on the Internet often. I get easily hurt so I tend to avoid those kind of things. (laughter)

For important articles, I read them when my writers tell me I should. When I get calls from reporters and I answer, "I'll check up on it", it's not that I'm hiding, but I really don't know. Other than producing the program, I don't focus on much else, even the ratings. I just focus on producing something I can be proud of.

The show's been going on with the current cast for quite a while. Do you have any plans to change the cast or format?

If you're talking about the 'season' system, our concept changes every week so I don't know if it will be necessary. The members also think that there's still plenty to explore. For example, Ji Suk Jin's body gags were something that only came out recently. The members right now are all so good and we have plenty of guests, so I don't think there will be much trouble.

The show lost its 'face' after Song Joong Ki left. Do you have plans for a replacement?

Joong Ki was a member with such a good image, but at the time it was an unavoidable decision, so we parted with good feelings. Regardless of him, however, I liked the number seven. We could have two to three guests an episode, and in many ways, producing got easier when we had seven members. So I didn't really think of adding a new member.

As a producer, what are the best qualities of each of the cast members?

This is common knowledge, but Yoo Jae Suk has a soft charisma that he can lead the entire team with. He is also adept at pointing out the focus of the week's concept. When we plan a new item, he's the one saying "this is how we're supposed to do it". Thanks to that, it makes it easier for the audience to follow the show. The way he can point out the focal point or theme of an episode we've planned borders on genius.

Kim Jong Kook is the image of power that the show can't be without. In the upcoming episode with Choo Sung Hoon, the two of them get in a sparring match. He also acts as a 'counter partner' that the members can run to. All programs say they need an 'evil' role to be successful, but Kim Jong Kook isn't evil - he's more of an 'enemy' role. He also has his faults and isn't too strong, so that adds to his merit.

It makes me proud to see Song Ji Hyo holding her own among the male cast. She fits with the recent trend of favoring strong-willed women who don't pretend to be fragile. She doesn't hold herself as weak, is very quick on her feet, and is able to stand up against an enemy or a mission without a second thought.

I can hardly believe that it's only been two years since Lee Kwang Soo started variety. He learns things very quickly. He's also the youngest, so he gets a lot of love on the set because he treats his hyungs so well. The members are all playful with him and that shows up in the final product. He is also good at thinking outside the box, and acts as a sort of spice to the program. He has never been on a variety show before, but he shows remarkable growth. It was a good decision choosing him.

Gary was always known for having a quick-witted tongue. It's a relief that he's able to show that off on the program. Maybe it's because he's a lyricist, but he has a different way of talking, kind of like a poet. He doesn't look it, but he is surprisingly popular with the ladies. (laughter) Although you can't tell from the outside, he hides a lot of charm on the inside. He seems innocent, but is good at pick-up lines, and that's his true character.

Ji Suk Jin takes care of the younger ones behind the scenes very well. He's not hesitant about using his body, so despite his age he often provides a lot of body gags - even though his body doesn't listen to him. (laughter) It's not easy for the eldest member to do that kinds of things, so I'm very thankful towards him.

HaHa is someone who I can trust with anything. He has a very strong foundation. He understands how the producers want something to play out, and runs with it. Some of the qualities of Yoo Jae Suk I can also find in HaHa. He himself says he learned these traits from Yoo Jae Suk. He taught him well.

Are you a fan of 'Running Man', what is your favorite elements of the show? Are you happy with it's current renaissance?

Rain preparing to hand over ownership of boy group Ciipher to another agency
8 hours ago   36   24,853 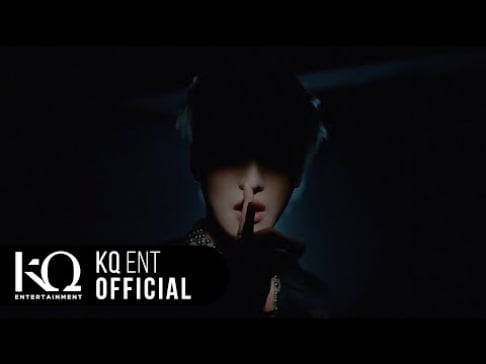 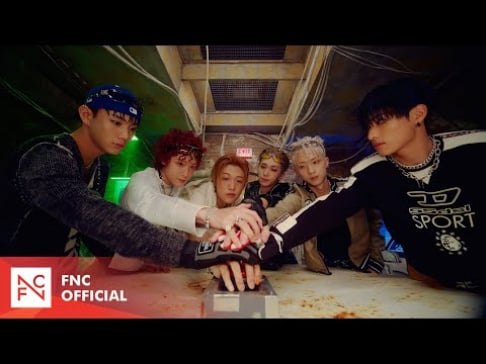 Nine members of LOONA reportedly working to suspend their exclusive contracts with Blockberry Creative
1 day ago   93   46,000

BlockBerry Creative states that if Chuu wishes to prove her innocence, she should be the one to provide 'evidence'
1 day ago   127   52,830