Primary and ChoA have been reunited!

On September 21 KST, the producer released a teaser clip for their upcoming collaboration single "Cloud," a track on his upcoming album 'Boxtape.' In the clip, the two are seen talking in a recording studio. A flash of the song's lyrics are seen, with a chorus that can be translated to: "I'm getting used to it / The day-by-day going by / These days nothing special is going on, but I'm quite fine / Hot food, scary movies / I like them now."

Meanwhile, Primary's new album, which will predominantly consist of instrumentals, is set for release on September 28. This will be the pair's second time working together, with ChoA also having appeared on the track "Don't Be Shy," a single off of his 2015 album '2.'

Yes, yes, YESSSSS.
Don't Be Shy was for me THE best solo song of 2015, looking forward to this collaboration!

Looking forward to it. "Don't be shy" is terrific!

Singer Solbi apologizes for selling moldy cake from her bakery
2 hours ago   16   8,783 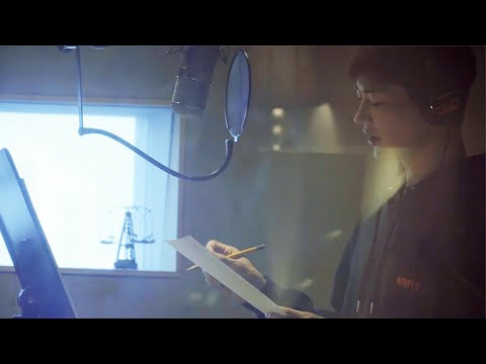 Singer Solbi apologizes for selling moldy cake from her bakery
2 hours ago   16   8,783

A netizen claiming to be a former classmate of April's Jinsol states she was bullied by the girl group member
3 days ago   98   30,030