G-Dragon greets fans and the press after his successful discharge from mandatory service + trends #1 worldwide!

On the morning of October 26, Big Bang's leader G-Dragon stepped out in front of numerous fans and press gathered at the site of his official discharge from mandatory service!

After bowing to the crowd modestly with a 90 degree bow, G-Dragon briefly stated, "I have returned after successfully wrapping up my mandatory military service, and I want to thank you all for waiting for me, and also thank you for coming today. Now that I am no longer a soldier, I will now return to my career as a singer and give my best efforts."

G-Dragon's family members were also present to congratulate him on his successful mandatory service, and fans were delighted to also say hello. Nearly 3,000 fans waited since early this morning to witness G-Dragon's return, and furthermore, hashtags such as #ONE_OF_A_KIND_GD and #KwonJiYong_Free_LiketheWind were seen trending #1 and #2 worldwide, as fans also expressed their excitement from home.

Meanwhile, fellow Big Bang members Daesung and Taeyang will also be discharged from their mandatory service this November. Congratulations to G-Dragon!

You can also celebrate the star's return with other fans around the world and their excited SNS posts, below!

Welcome back our Kwon Jiyong!!

As promised, we’ve waited for you in flower road :)

TWICE's Nayeon names Momo as her current closest member in 'Cosmopolitan'
5 hours ago   8   9,771

Netizens discuss the wasted potential of B.A.P and PRISTIN and how their agencies ruined them
13 hours ago   65   36,515 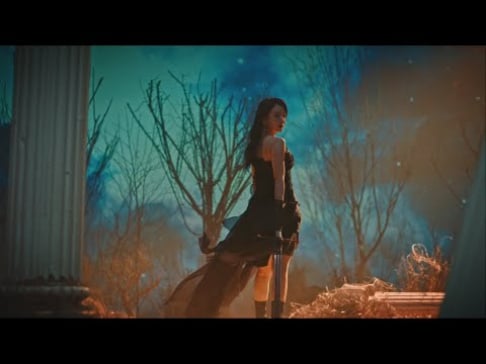 Kim Woo Bin is all smiles in his newest profile picture following cancer recovery
12 hours ago   22   22,168

Netizens discuss the wasted potential of B.A.P and PRISTIN and how their agencies ruined them
13 hours ago   65   36,515

TWICE's Nayeon names Momo as her current closest member in 'Cosmopolitan'
5 hours ago   8   9,771

J-Hope's fans commemorate his 26th birthday in hometown Gwangju with mural and mask donations
23 hours ago   9   5,602