First off, the final pair of round 1, combining a duet stage as well as each contestant's solo stages, took the stage - Young Master and City Magpie!

After rocking out to Queen's "Don't Stop Me Now" as a duet (video above), Young Master took the lead with 66 : 34 votes. For his solo stage, he brought the stage down with another rock number, YB's "Peppermint Candy":

City Magpie went up against Young Master with a completely opposite ballad, ALi's "365 Days":

Young Master was praised for his deep roots in Rock & Roll, earning great praise from panelist g.o.d's Danny Ahn as the next generation rock idol. City Magpie also bought praise from the composer panelists of the show, hearing, "As a male, you sang this better than ALi."

Ultimately, Young Master took the win with ~30 votes, and City Magpie unveiled his face to the audience - it turned out to be ONF's Hyojin!

Next, Pavarotti and Belle faced off in round 2! Pavarotti belched out to Yoon Jong Shin's "Like It", while Belle delivered an upbeat, female cover of CNBLUE's "Intuition"!

The winner between these two main vocal idols was Pavarotti, earning endless praise from each panelist for pulling off the hit song "Like It" as if the song were his own. This meant that Belle revealed her face under the mask!

The lovely Belle was none other than Weki Meki's leader and main vocalist, Ji Soo Yeon!

In round 2's second face off, the Young Master challenged the female power vocalist Klimt. Klimt performed "Defying Gravity" from the musical 'Wicked', and the Young Master livened up the stage once more with Hyukoh's "Tomboy"!

Finally, the winner of round 2 was Klimt, as the panelists questioned, "Are you really an idol?"

...and the identity of the Young Master, who beat out ONF's Hyojin in round 1? It was Pentagon's small but big main vocalist, Jinho!

Next week, the idols' special of 'Mask King' will close its curtains with the highly-anticipated round 3, plus round 4 against the current reigning 'Mask King'!

”Belched out”? Pretty sure you meant ”belted out”, though someone burping their performance would be an interesting choice.

Hyojin did really good as well.

Ravi and Taemin talk about how the Ravi-Taemin-Kai friendship trio started
11 hours ago   1   10,270 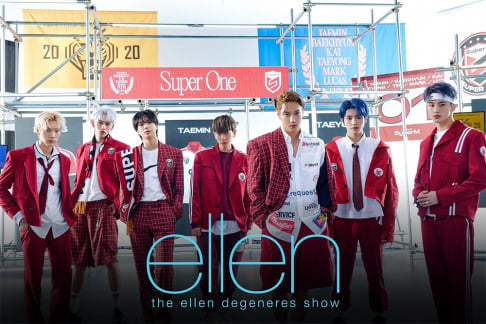