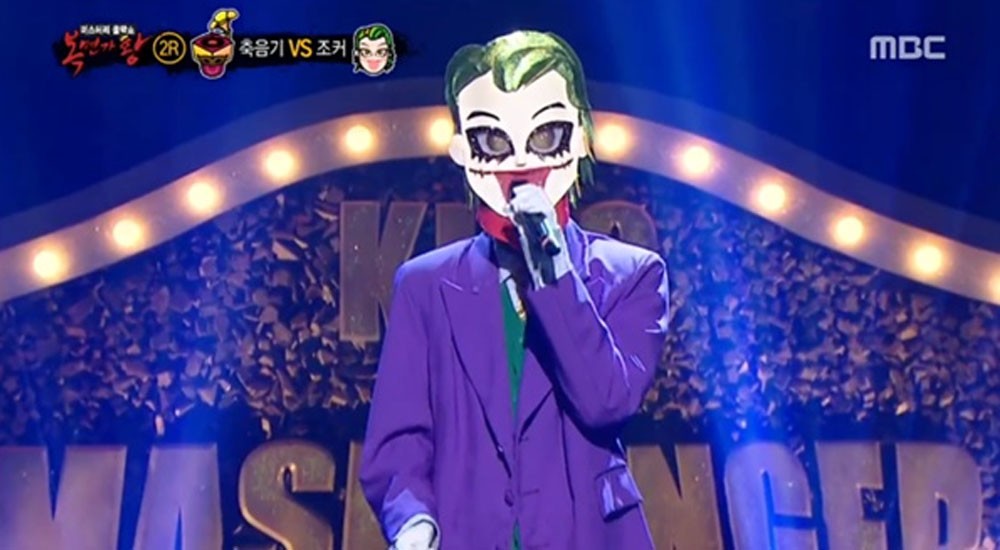 A member of one of K-Pop's most popular boy groups surprised audiences after appearing as the 'Joker' on the November 4 episode of 'Mask King.'
During the broadcast, 'Joker' went head to head against 'Phonograph' to secure their spot in the running to compete against the current champion 'Chestnut Bread'. 'Phonograph' performed Lim Jung Hee's "It Can't Be Real," where she received several compliments for her powerful performance. 'Joker' then performed Heize's "Star," wowing the crowd with his emotional vocal tone.
While the competition was close, 'Phonograph' ended up taking the victory, meaning 'Joker' was forced to unmask. The reveal truly surprised the audience when 'Joker' turned out to be none other than Wanna One's Lee Dae Hwi.
"It was really great singing while wearing a mask," he confessed. "While I'm grateful to be in Wanna One, people tend to write us off because of different idol stereotypes, and I wanted to [come on the show and] break them."
"My fans know my voice really well, but a lot of other people still don't seem to know, so I wanted to show everyone that I wasn't just an idol, but a singer too," he added.
Check out Lee Dae Hwi's full reveal above!
Share this article
Facebook
Twitter
10 31,600 Share 69% Upvoted

but he's not the maknae😳 ...guanlin is

say it with me: GUANLIN IS THE MAKNAE. sure, daehwi is more talented. nobody's saying otherwise. i'm just saying DON'T call him maknae because he's not the maknae. ymc/swing BARELY gives guanlin any promotion/exposure, and now this site takes away his maknae title from him?? come on now.

Super Junior K.R.Y. is ready for their first mini-album with Kyuhyun's teaser images
35 minutes ago   3   379

GWSN to continue promoting with follow-up song 'Wonderboy, the Aerialist'
1 hour ago   0   466