J.Y. Park explains what type of idol will last in the K-pop industry

On January 19, ITZY posted the video 'ITZY 🌐IT'z TOUR BOOK🌐 EP 4' on their official Youtube channel. In the video, J.Y. Park and the ITZY members were seen having lunch at a restaurant in Los Angeles, California.

During that time, ITZY was seen seeking advice from J.Y. Park. He shared, "Which of the idol stars can hold a mic and sing while dancing at the same time? That's the one who will last." He elaborated, "The ones who can dance and sing live will survive."

On this day, netizens brought to light IVE member Jang Won Young and Leeseo's performance at the '2022 MBC Gayo Daejejeon,' which aired on December 31.

At the time, the two idols were criticized for lip-syncing IU's "Strawberry Moon" as many netizens were disappointed with their performance.

A few netizens pointed out that the two idols were lip-syncing while sitting on stage. But there were other K-pop fans who also defended the girls and explained Wonyoung and Leeseo had to lip-sync due to their condition.

Not only that, but netizens also criticized how more and more girl idols were lip-syncing on stage rather than singing live. 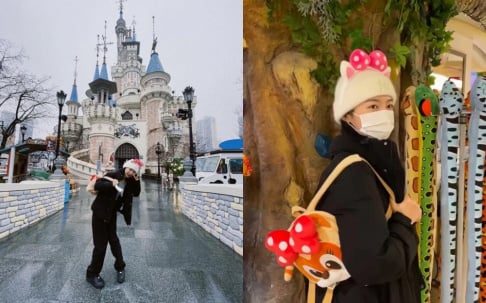 notice how taeyeon is still relevant to this day, still sells albums and charts like she’s a monster rookie despite being 17 years in the kpop industry ?? homegirl has been singing live since 2007 and her vocals keep getting better and better. not many 2nd gen idols can say that nowadays

Sing live and good dancing skills are a factor but not the only one to survive, if their music is not well received, don't have a good company, are not well known etc.. they won't last despite singing live

GOT the Beat yields disappointing chart results compared to their previous release
3 days ago   67   32,456