NCT Dream, WayV, Golden Child, Xdinary Heroes, and ALICE grace the stage at the 'I-POP U' show in Manila

On October 21, ALICE, Golden Child, NCT Dream, WayV, and Xdinary Heroes graced the stage at the 'I-POP U 2022' in Manila, Philippines. Thousands of fans of the groups had already flocked to the domed venue hours before the show due to their excitement at finally seeing their favorite acts in person.

The show began on Friday with a refreshing performance of ALICE's "Summer Dream," which made the audience groove along with its whimsical vibe. The girl group then performed the enjoyable song "This Is Me," followed by an outstanding performance of "Jackpot."

This was ALICE's second time on a Philippine stage in 2022, following their appearance on May 29 at 'Begin Again: K-Pop Edition' alongside NCT Dream, who were also part of the lineup for this show.

South Korean boy band Xdinary Heroes took the stage next, delivering standout performances while displaying their musical talents by bringing their instruments on stage. The band kicked off their set with the boisterous song "Test Me," filling the venue with energy as they sang the crazy "test me! test me!" hook line. The band captivated the audience with a satisfying live performance of "Sucker Punch!"

"I'll never forget this moment. It's a dream come true to meet you here," Xdinary Heroes said, thanking the audience several times before closing their set. The boys said they couldn't believe how loud the applause was for them.

Xdinary Heroes closed out the show with performances of "Pirates" and "Knock Down," demonstrating their strong vocal prowess and demonstrating that their live performances just hit differently. The band's cover of DAY6's "Zombie" was up next, and the crowd erupted as they saw and heard Xdinary Heroes serve with the members' unrivaled live vocals, as well as seeing the live band version of the feel-good track.

The band finished their set with their performances of "Strawberry Cake" and their debut song "Happy Death Day," displaying their flaming stage presence and top-tier vocals.

Golden Child, clad in sleek black-and-white outfits, kicked off their set with "Burn It," setting the stage on fire with their intense vocals. The mood changed when the band performed the atmospheric, soulful song "Ra Pam Pam." There were issues with the artists' microphones — Joochan had to go backstage after one of their performances because his mic wasn't working — but the boys handled the situation well and were able to just keep performing their hits.

The boys continued to serenade the audience with the upbeat pop yet elegant track "Knocking On My Door," followed by the energetic performance of "3! 6! 9!" that got the audience moving along with its catchy hook.

Golden Child's final songs on the list were "Breath," "Bottom of the Ocean," and "Replay," all of which were absolute showstoppers. The boys stayed on the ramp and took many fans' phones to take photos and videos.

WayV's fans couldn't contain their excitement as they watched the group perform live for the first time on a Manila stage three years after the seven-member group's debut in 2019. Even before the members of WayV arrived, with only the VCR playing on the big screen, the loudest cheers already started to come in. The boys were astounded by the crowd's boisterous applause and were forced to take off their in-ear headphones to hear how loud the screams for them were.

Ten and Winwin were unable to join them on stage due to health issues, according to SM Entertainment. Due to the short notice regarding Ten and Winwin's absence, Kun, Xiaojun, Yangyang, and Hendery spent the majority of their time on stage playing games.

The members responded "Love Talk" when asked what song they would dedicate to their Filipino fans.

The first game was a random play dance challenge in which they performed songs by their labelmates. The boys danced to "Gee" by Girls' Generation, "Red Flavor" by Red Velvet, "Next Level" by aespa, and "Sorry Sorry" by Super Junior. WayV ended the game by lightly performing "Kick Back," where they showed off their smooth moves.

The members played "Sipa" (which translates to "Kick" in English and is similar to the "Jegichagi" game in Korea) during the second game, in which they kicked an object into the air and attempted to keep it aloft. Kun and Yangyang's team, Team Maknae On Top, lost, and as punishment, they had to do aegyo in front of the audience.

The crowd erupted in loud applause when the options were given to help the boys get the right answer in the third game, where they had to guess the Filipino food being described by the host. The members actually depended on their fans for their answers at this point.

Then Kun and Xiaojun arrived on stage. In addition to their crisp, prince-like vocals, the boys also drove the emotions while singing "Back To You" live, impressing the audience. As Kun and Xiaojun sang, Hendery and Yangyang, who were seated on the stage's opposite ends, waved their hands in the air.

The audience then sang "Happy Birthday" in Korean to Kun and Winwin. "This is our first time in the Philippines, and actually, I was nervous," Hendery admitted.

As they sang "Love Talk" and distributed roses to lucky fans, the boys charmed the crowd and promised to return next time as a full group.

NCT Dream finally made their entrance with a performance of the jovial and upbeat song "Beatbox," showcasing their vivacious and energizing moves. The group then transitioned into their fiery rendition of "Hot Sauce," showcasing their smokin' hot and assured stage presence.

The boys then serenaded the audience with their soothing performance of the R&B pop track "Dive Into You." NCT Dream continued to deliver great live performances of the group's last two songs, their hits "Hello Future" and "Glitch Mode," showcasing their insane vocal prowess and high-energy dance moves, before

NCT Dream promised to return soon. The members waved goodbye and said, "We will be back again with Mark and Haechan, okay?" "Mahal kita (I love you)!"

'I-POP U 2022' was presented by DNM Entertainment. 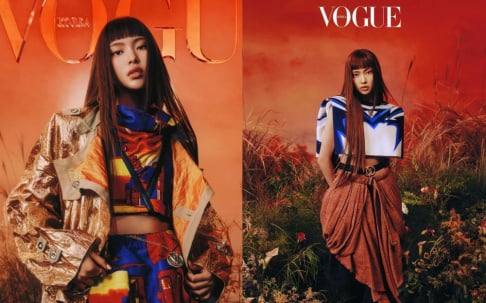 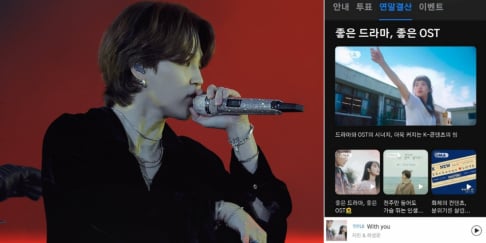 I see “Golden Child” on the headline I jumped 💀