Although the girl group MAMAMOO returned strong with their 12th mini album "MIC:ON" and title track "ILLELLA" on the 11th of October, MoonByul won the singing completion "Second World" on JTBC on the 8th of November, much to the delight of fans. Fans are increasingly concerned with how RBW is managing the group in the latter half of2022. Especially with the alleged lack of promotions and communications with fans for the girl's events with, even via simple social media posts or updates on the girl's schedule on their fancafe.

The most recent example of this is the way the company is allegedly failing to promote the girl's upcoming world tour MAMAMOO WORLD TOUR [MY CON]. First off, many fans point to the fact that the tour dates are being announced at random and not all at once. Moreover, not all city dates that have been announced are announced via MAMAMOO official social media accounts. In fact, the newly announced Malaysia, as well as Tokyo and Taipei tour dates, weren't announced or even retweeted (as of writing this) via the group's official Twitter, Instagram, and other accounts. Only the dates in Seoul were. Meaning that moomoos in other countries can't plan and are left in the dark about if the group is coming to their regions or not and when.

Then there is the further issue of not restocking Moobongs (the group's lights tick) for the tour dates in Seoul. Not to mention the fact that there are no ads purchased, concert merchandise will not be sold at the venue (online only, as of writing this ), the YouTube teaser video for the concert only mentions the Seoul concert dates and etc.

Not to mention this follows a lot of issues with communication with the group's fans and groups promotions mentioned by fans. This was incredibly noticeable for the group's promotions during their comeback with "ILLELLA," so much so that fans also voiced concerns over RBW management of the group.  One of the most notable things was the lack of uploads to MAMAMOO's official TikTok and Instagram reels for the "ILLELLA challenge," which are only posted on the group's YouTube channel. Even after a fan meet, where a fan asked for them to be uploaded, and MAMAMOO members themselves asked the technical staff to make sure they are uploaded. However, even after the promotion period for "ILLELLA" was over, they were not and are not as of writing this.

Needless to say, the issues in regard to the lack of promotion of the challenge on two big social media platforms, issues with album stock availability on the albums release date for Ktown4u, as well as the failure to even retweet the groups starring in the Netflix music documentary "Take1" on its release on the 14th of October (even as of this writing) is very concerning to fans who only want what is best for the group.


The concern voiced by fans is also compacted by the fact the company never posted on the group's social media platforms about Moonbyul's win on "Second World" (apart from a post thanking moomoos for support, but never clearly stating MoonByul as the winner of the completion) or the singer's collab with on the singer AleXa new album. Failed to post about HwaSa being the MC of her new show on Korean television, nor the information ahead of time of the singer participating in the Hallyu London Concert or event for Valentino. Only doing so when the events were over.

Not to mention the fact that fans have noticed a trend of RBW not positing about HwaSa's solo activities ahead of time (even on FanCafe) or when they are happening. While this is similarly experienced with all members, many point out that by numbers, her activities are not announced the most in recent times. This is concerning for the fans; as all MAMAMOO members, fans have to lean on fan accounts for the group and solo member fanbases in order to get accurate and timely updates about their activities, plans, and even achievements.


Then there was the issue with Wheein getting hurt during a concert performance with the group, where no official response on the singer's condition was given by the company. Either via MAMAMOO official accounts or RBW companies accounts. Letting fans get some sense of relief only when the singer's company managing her solo work and the singer herself posted about her health condition. Then there are the issues with Solar solo comeback in 2022 with the album "Face," where fans noticed the lack of promotion and ads once again from the company's side towards MAMAMOO members when compared to their junior's comeback promotions, ads and etc.

Fans even pointed out that the group wasn't even aware that the company was selling a golden bar of them without informing them of this fact. Which was confirmed during a fan call by MAMAMOO's MoonByul herself. in May of 2022. Then, there is the alleged rumor that the Mic:ON album was originally going to have a few more songs, which came from Korean moomoos that attended the group's listening session for picking a title track. However, it is hard to 100% verify this at the present time, as the original poster of the information during "ILLELLA" promotions has taken down their tweet.

Many fans are already talking about a possible boycott and hashtag trending events for the fandom to undertake if this treatment continues. Much like the

. When RBW decided to merge MAMAMOO official Youtube channel, with over 6 million subscribers, into the company's official channel with not even 500k subscribers before the group's concert. An action that would only be beneficial for the companies and other groups under it, and the girl group.

Needless to say, when the company decided to drop their initial plans and officially announced this to fans. The ticket sales for the concert on both international and Korean platforms increased so much that the group's concert ticket sales topped a number of sites at no. 1 for several days after. As fans were happy that the company was finally listening to them.

Although this is not the first time that fans have voiced their concerns in recent years about the treatment and promotion of the group as MAMAMOO and soloists when compared to other groups. Issues continuously mentioned by fans are continued to be encountered when MAMAMOO is concerned.

Thus, many fans, both on the Korean and international side of the group, are beginning to think that it is time for another boycott, to send

and/or take any other actions to improve the treatment and management of the group.

What do you think is RBW really mismanaging MAMAMOO? Are there issues with their PR and management teams handling the girls?

Should fans take more serious actions to protect their group? Or are fans simply blowing this out of the water? 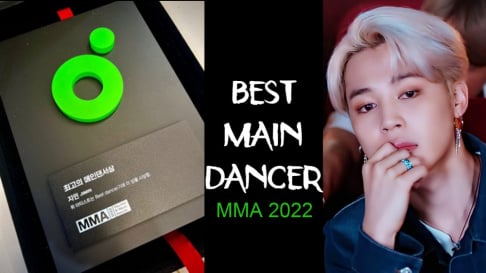 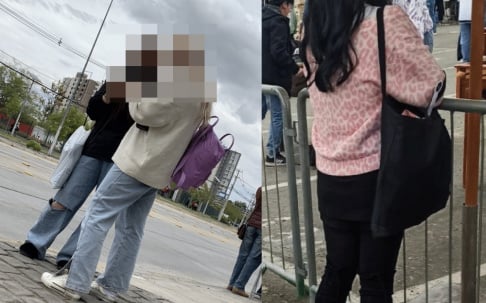 It does sound like Mamamoo fans might have some legitimate grievances but in saying that Mamamoo's sales have still been very strong. Nowhere near their peak but strong nevertheless. That's probably a reason why RBW may be resting on their laurels. However, it does seem they are missing a golden opportunity if they are failing to properly promote the group on the verge of a major tour where they could reap significant profit via ticket and merchandise sales and at the same time make the Mamamoo fans happy.
P.s. It's been a while since I saw a protest truck in an article. You gotta love it. :-)

this article is sooo long though. I t would be better if you toned it down by removing all those tweets that are just taking up lots of space.