Was HYBE’s recent statement about the leaker gurumiharibo or was it just a regular quarterly update on artist rights cases?

On September 29, Big Hit Entertainment released a statement on Weverse regarding the legal action taken regarding the malicious acts of certain people. Since no specifics/names were mentioned in the statement, people's opinions were divided. Some thought it was a regular quarterly statement, while others thought the statement was the agency's response to the leaker known as "gurumiharibo," who was recently charged by YG. The main arguments in favor of the fact that this was a quarterly update are:

1. The statement was published at the end of the third quarter of this year.

2. Using template phrases that were used in previous quarterly updates.

3. Lack of mention of any names or names of groups and the absence of any specifics. 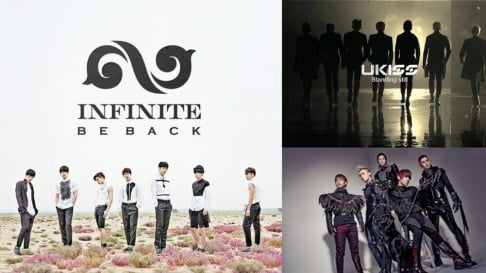 Bro even if you thought HYBE's statement didn't refer to anyone specific, YG put out a statement literally a day or two afterwards that directly referenced what Gurumi Haribo has been doing against Jennie, obviously both of them are collectively alluding to that malicious asshole. What a meaningless analysis when you already have the answer.

I think Hybe can do what it likes and fans should just take the message and not worry who its for. Take it thinking it is directly for yourself and have a review on your behavior. that way we can all improve

Questions have been raised in response to Hook Entertainment's statement regarding CEO Kwon Jin Young's mobility issues
2 hours ago   7   3,347

Controversial YouTuber Sojang claims Jinni was removed from NMIXX after being caught visiting motels with another male idol
6 hours ago   79   56,004

Controversial YouTuber Sojang claims Jinni was removed from NMIXX after being caught visiting motels with another male idol
6 hours ago   79   56,004