For her solo mini-album 'HUSH RUSH' release, she turned into a cute yet sexy vampire and showed off her dancing and singing skills. In the music video for the title track of the same title, Lee Chae Yeon was able to show various sides to her charms.

Ever since her debut with IZ*ONE, fans have been showing their support for the idol and were excited to hear that she is returning as a solo artist. In light of her comeback, fans looked back at Lee Chae Yeon's music career and sympathized with the difficulties she faced.

Lee Chae Yeon first appeared on television during the 3rd season of 'K-pop Star' with her sister, but they were unfortunately eliminated. Then in 2015, she appeared on Mnet's reality show 'Sixteen,' which was a show to pick out the members of the popular girl group TWICE. Unfortunately, she was eliminated and was unable to debut.

Finally, she was able to join WM Entertainment and appeared on the show 'Produce 48.' On the show, she came in twelfth place and was able to debut with IZ*ONE. After IZ*ONE disbanded, Chae Yeon appeared on Mnet's 'Street Woman Fighter' and received immense criticism.

One netizen wrote, "I feel bad for Lee Chae Yeon. I think her dance level is on the top tier and she sings well too but she's just unlucky. She stayed at JYP Entertainment for a long time but she wasn't able to debut. Then she went to WM and she went through much hardship during 'Produce 48' and then debuted. Even though she was the main dancer, they didn't support her too much. After IZ*ONE disbanded, she went on 'Street Woman Fighter' but she got so much slander because of the show's editing. She wasn't able to get recognition for her dance skills either."

The netizen added, "Jo Yu Ri and Choi Ye Na gained good response and I thought Kwon Eun Bi didn't get much attention for her solo, but I feel Lee Chae Yeon is getting even less attention. I really want her to be successful after finding a good song and choreography. I really feel bad for her."

Other netizens commented, "To be honest, her visuals don't stand out. It's not about being pretty but she doesn't have that trendy vibe. I know she's a good dancer but I guess visuals are important when it comes to idols," "I think it would be better for her to make it big as a dancer and then build her career that way," "I think she would have been good in a new group, she has the visuals to be a visual member in my opinion," " I think she's lucky cause she is still surviving in the entertainment industry," "Personally, I didn't like the song at all," and "They should have planned her debut better if they were going to release her as a solo artist." 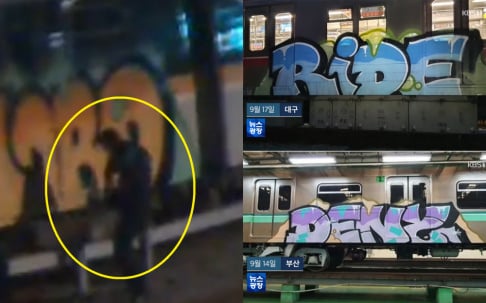 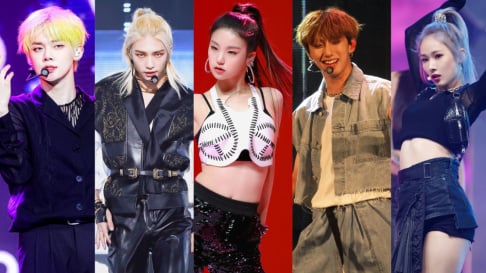 The best dancers of the 4th-Generation

I love Chaeyeon's vibe and skills, but she should have debuted in a group. The standards are so rigid in K-pop, that unless you have something that really slams (like her dancing skills for instance) then you also have to have the visuals they expect. I'm not saying I think she's ugly because she's not, she's a lovely young woman. But their standards are severe, even against those that meet the Korean aesthetic. That being said, the song and debut they gave her was cheap and boring. It showed off next to none of her skills and was not even memorable. One of the best comments I've seen said that it was "weak, even for a B-side track. I'd be pressed to call it a C-side track for what it was." On top of that, the dance they gave her shows off none of the prowess and professionalism we've come to appreciate from her previous work in IZ*ONE.

This woman has been so mismanaged, they put her on a dance crew show not realizing that her skills didn't lie in that particular area of dance performance, so it made her look weak despite her strong skills as a dancer. She's good with choreography, not coming up with it on the fly, and that's a fact. Then they make another long break for her, only to give her this weak-sauce excuse of a debut. There wasn't the natural shine and sparkle of Chaeyeon that we know, and can't help but wonder deep down if she was disappointed as well. This woman isn't going to get another "one more chance" at this, and I absolutely hate that her career has gone this way. It's one thing when people never make it, it's another when they come so close, reach a higher standard, and then just get dropped off and forgotten by those who are supposed to represent and support them. It's just a damn shame, and at this point unless they pull an amazing recovery comeback out of the woodworks, I don't see her career going much further.

Elite company: The Girl Groups that have won the grand award on both MAMA and Melon Music Awards
5 hours ago   10   7,457