News
Posted by GhostWriter 18 days ago

It's that time of the year again where allkpop is loaded up with pretty pictures of celebrities in colorful hanboks, and it's because of Chuseok.

For new K-Pop fans unfamiliar with Korean culture, it can seem like all of the colors just came out of the blue, but Chuseok is actually one of the four major holidays celebrated in Korea. This year Chuseok is on Saturday, September 10, and the public holiday dates are from Friday, September 9 to Monday, September 12. After two years of COVID-19, many families weren't able to celebrate Chuseok together. Now that many gathering restrictions are lifted, public family gatherings have finally returned. Read below as we explain how Chuseok works.

Chuseok is sometimes referred to as the 'Korean Thanksgiving,' 'Hangawi,' 'Jungchujul,' or 'Gabe' and is celebrated on the brightest full moon of the year, which occurs on the 15th day of the eighth month on the lunar calendar, landing somewhere between September to early October on the solar calendar. Unlike Western society, Koreans still use the lunar calendar for important dates, so a lot of their holidays are centered around the moon and its cycle.

For 2023, the day of Chuseok falls on September 29, and in 2024, the holiday will be celebrated on September 17. Chuseok is essentially a celebration of a good harvest, as it's around this time that grains and fruits will be at their ripest and freshest for harvesting.

To celebrate a year of successful farming, families will all pack up and head home to their ancestral hometowns and 'bon-ga' (directly translated to 'main house,' but it's usually the home of the oldest or head of the household, e.g., grandparents, parents), where they'll dress up in traditional clothing, cook delicious food, and pay their respects to their ancestors.

As you've probably noticed by now, respect for the elderly is an essential trait for Koreans. Chuseok isn't simply just a feast celebration, as there are three major duties that must be completed:

1. 'Bulcho': Weeds and such that have grown around the graves of family members all summer long must be picked and discarded.

This is an essential task for families because Korea (and Asian society in general) places a lot of emphasis on saving face before the public. When one commits a mistake, the first thought isn't, "Oh no, I am embarrassed," it's usually, "What would others think of this mistake?"

Graves with weeds still growing around them after the Chuseok holiday will make others assume that they have undutiful children and is considered an embarrassment for the family.

2. 'Sungmyo': Respect must be paid to the grave, often in the form of bowing before it and offering alcohol, fruits, meat, and shikhye (Korean sweet rice drink).

3. 'Charye': An elaborate table setting of food offered to the ancestors at home. There are several meticulous steps to setting this up and doing it properly, like lighting candles before the alcohol is poured in exactly three different cups and bowing twice after it. Each dish also has a specific area of the table it needs to go on.

Once the tasks are completed, it's time to play. These games are outdated, and families will normally gather to just chat and drink after dinner or play go-stop, but they're still often put on display at public events.

1. 'kangkangsullae': A game specifically for women, where several dozens will gather under the moon and dance in a circle, linking arms.

2. 'sonori'/'geobuknori': Two people will throw on a cape made of hanji (traditional Korean paper made from mulberry trees) and run around town under the guise of a cow or a turtle, going from house to house, asking for food. The food will often be shared with families who cannot afford Chuseok meals.

Others include wrestling, tug of war, and archery.

If you've been keeping up with the Chuseok videos, you've probably noticed that a lot of the idols just can't wait to make and eat songpyeon.

Songpyeon is one of the representative food items of Chuseok, and it's made from newly harvested rice. It's essentially a small, crescent-shaped rice cake that contains either red beans, chestnuts, jujubes, powdered sesame, or just brown sugar.

When you make the songpyeon, you make a wish as you scoop in the contents and carefully fold it up into a crescent shape so that your wish doesn't fall out. The elders will often nag to shape them as pretty as possible, as there's a saying that the prettier you shape your songpyeon, the prettier your future daughter will be.

Besides that, you enjoy a delicious feast with your family.


We hope this helped. Have a happy Chuseok from everyone at allkpop! 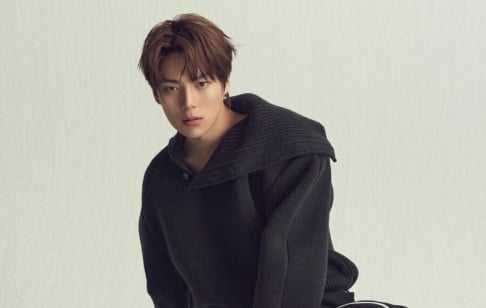 "No response for over 200 days," MONSTA X's Minhyuk frustrates fans due to his lack of communication 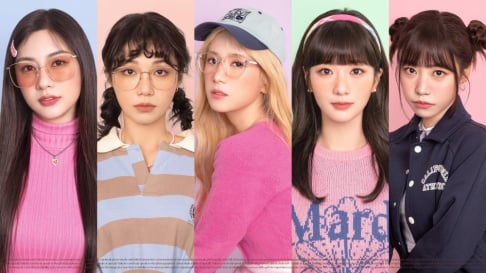 Apink surprise fans with new photos as a gift for Chuseok Holiday!

A great time to visit South Korea - I went and was in Seoul during Chuseok in 2019, and had most of Seoul and surrounding areas to myself (relatively speaking) as the city was pretty empty of people, unlike during the rest of the year. It was a lot of fun to watch the ISAC playing 'live' on TV in my hotel room, too, instead of waiting for it to show up later on YouTube.

I was able to visit 3 out of the 5 royal palaces for free, and got a great first taste of the country; looking forward to my next visit, which will probably be in later fall/early winter so I can fully enjoy the coffee culture/coffee shops, which are far more numerous than in the US.

My friends in New Orleans have a day that everyone goes to the cemetery and cleans up their family graves.