NCT 127 attended a press conference to commemorate the release of their 4th full-length album, '2 Baddies,' held at Sofitel Ambassador Seoul Hotel and Serviced Residence in Songpa-gu, Seoul, on September 16.

Earlier, on September 15, SM Entertainment announced that Executive Producer Lee Soo Man expressed his intention to terminate the production contract early at the end of 2022.

On this day, Taeyong mentioned the news and said, "I've been with producer Lee Soo Man since I was a trainee. I can't imagine SM without Lee Soo Man. I hope that '2 Baddies’ will not be Lee Soo Man’s last production.” 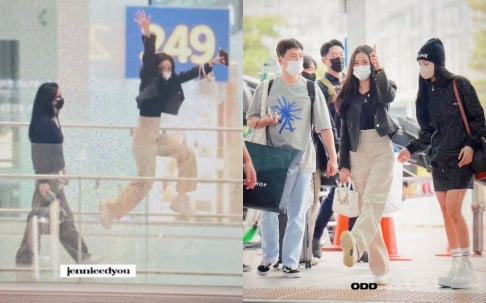 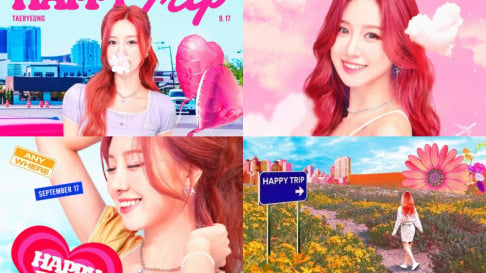 Unpopular opinion, but am with him on this. I like sm for those things people keep wanting them to get rid of. Their unique and weird music and concept is what i find intresting. People be like nct system is annoying, but for me it is fun and makes it hard to leave the nct hole once you fall in and I find myself looking forward to nct u year end album for those wholesome interactions. Their kwangya nonsense like people call it is also to my liking. I also don't want aespa to get rid of their concept and become bland like most people want. Long story short, Lee soo man is genius and I wish he could continue or at least even if he leaves they don't get rid of what makes sm entertainment sm entertainment because then we might have most of the older idols moving to another agency when their contract is up and that would literally break my heart.

BLACKPINK's Jisoo posts a sweet message for Natalie Portman after meeting the actress in Paris
2 hours ago   1   4,267

Actor Jung Il Woo talks about how he never got into a single dating scandal throughout his 17-year-long career
4 hours ago   1   9,853

K-netizens believe the person leaking V and Jennie's photos could be an employee of YG Entertainment
12 hours ago   66   72,352