About a week ago, Nana shocked fans with photos of her new tattoos all over her body. The images triggered a heated debate among her fans about whether the tattoos were real or temporary for the promotion of the new film.

With ongoing debate last week, Nana's agency released a statement responding to the question about Nana's tattoo. However, the agency explained, "Please understand that it's difficult to answer because it's our artist's private life," further increasing the curiosity about Nana's tattoo.

Then on September 27, Nana personally responded to the questions about her tattoos and revealed that they were real. During the press conference for the production of the Netflix series 'Glitch' that was held on this day at the CGV theater in Yongsan I-Park Mall, Nana explained, "I got the tattoos because I wanted to."

Meanwhile, Nana plays the character Heo Bo Ra in the new series 'Glitch.' Heo Bo Ra is an alien chaser, and Nana explained, "Bo Ra is a person who tracks mysterious phenomena and aliens. The broad idea of the character was set by the director but I also gave suggestions. Bo Ra has a lot of tattoos and wears colorful outfits. I wanted to put meaning in each of her tattoos so I carefully chose the phrases or drawing for the tattoo."

Nana further elaborated, "I didn't form an interest because of the character of Bo Ra. I got these tattoos because I wanted to. So these are tattoos that I got personally." 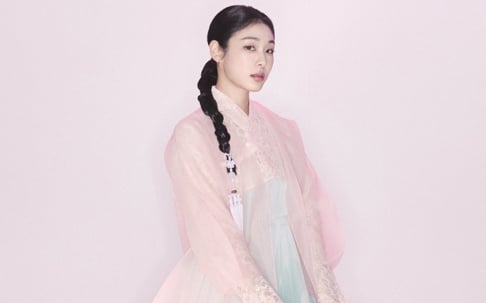 Oh wow. This is definitely a message. Her body, her choice.

Nothing against a tatoo or two but Oh man, she kind of flipped out a bit there! A bit too much for permanent!

Controversial YouTuber Sojang claims Jinni was removed from NMIXX after being caught visiting motels with another male idol
4 hours ago   67   42,864

Jinni‘s last message to fans on Bubble has sparked speculation that she was kicked out from NMIXX
5 hours ago   16   29,895

Jin makes history in 2022 by becoming one of the Top 3 biggest K-pop solo albums streaming debuts on Spotify in its first week, with just one track
42 minutes ago   1   250

Controversial YouTuber Sojang claims Jinni was removed from NMIXX after being caught visiting motels with another male idol
4 hours ago   67   42,864