Photocards are a hot topic among K-Pop idol fans who love to collect them. Although some legendary ones can reach high prices because it's pretty challenging to find them.

Based on eBay auctions, these are the most expensive K-Pop photocards sold over the past few months. 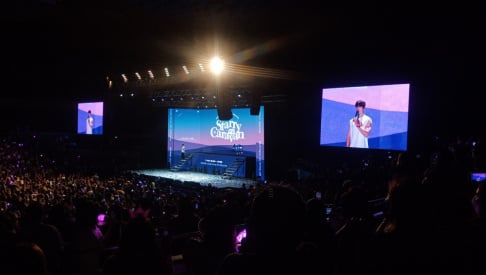 Some people have too much money on their hands...

BLACKPINK's Rose steals the spotlight with her elegance at the Saint Laurent after-dinner party
2 hours ago   4   4,769

"It was so easy to break up with him," K-netizens comment on how fast Park Min Young stated she broke up with businessman Kang Jong Hyun
3 hours ago   18   20,954

A fan suddenly jumps up on the stage during CL's performance at the Chung-Ang University festival
5 hours ago   20   7,403

BLACKPINK's Rose steals the spotlight with her elegance at the Saint Laurent after-dinner party
2 hours ago   4   4,769

Big Hit Music states 'a specific poster' spreading ill-intentioned rumors about BTS has been identified and will face prosecution
18 hours ago   63   20,278

K-netizens believe the person leaking V and Jennie's photos could be an employee of YG Entertainment
1 day ago   79   100,999