On August 28, BLACKPINK attended this year's 2022 MTV Video Music Awards (VMAs) as a performer and nominee. This marked the first time a female K-Pop group performed at the VMAs, and the group successfully performed their latest release, "Pink Venom," live.

Many fans were excited to see the girl group perform and loved their first live performance of the pre-released single. It wasn't just the fans who loved the performance; even fellow artists such as Taylor Swift fell in love with the group. In fact, Taylor Swift was spotted dancing and singing to BLACKPINK's song.

The top American singer was seen with a drink in hand and vibing and singing to the K-pop act's performance.

K-netizens also saw Taylor Swift singing and dancing to the song and shared their reaction on various social media platforms.

Translation: "Video of Taylor knowing the lyrics and dance to 'Pink Venom'."

Translation: "Taylor Swift's 'Pink Venom' reaction. She knows the lyrics and all the dance???" 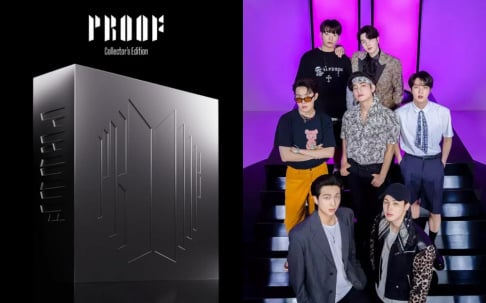 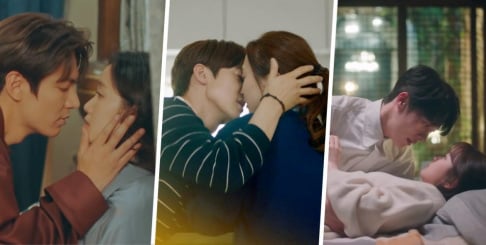 8 of the Most Swoon-worthy K-drama Kisses ever

She's so sweet! I love how she was hyping the girls!!

She even knew the lyrics, at least the english parts, that's what really surprised me!

Netizens discuss why BTS member Taehyung and IVE's Wonyoung are the most popular idols in Korea right now
4 hours ago   15   7,194

aespa's Ningning couldn't leave for Paris with other members due to a visa issue
2 hours ago   6   5,037

Kim Taehyung and Jisoo are the most-followed male and female K-pop Instagram accounts for September 2022
3 hours ago   4   3,659

aespa's Ningning couldn't leave for Paris with other members due to a visa issue
2 hours ago   6   5,037

Controversial SoJang claims IVE is supposed to be a 7 member group and insinuates that Jang Won Young had Park Joo Bi kicked out
1 day ago   92   62,265