Netizens are highly critical of the "mass production" strategy put forth by HYBE Labels.

In 2022 HYBE Labels put into effect its "mass production" strategy with the debut of teams like LE SSERAFIM and NewJeans. Two more teams are scheduled to debut by the end of this year - HYBE Japan's "global boy group" and Big Hit Music's Trainee A team.

In 2023, the corporation expects to launch at least 4 more teams, beginning with Pledis Entertainment's new boy group which has been under preparations since 2019.

"Looking at this, you have to admit that it's a K-Pop factory."

"They are doing everything to strengthen the reputation that K-Pop is a factory produced good."

"But they aren't doing a good job of managing the idols that they already have."

"This is literally turning into a K-Pop factory now. They're no longer singers or musicians, they're handsome and pretty dolls trained to act like moneymaking machines."

"They're the biggest K-Pop agency but they still have the mindset of a tiny little factory. Just print out variations of the same thing and hope that one makes it big."

"Are K-Pop idols mass produced items from an assembly line??"

"The #1 culprit behind the over-saturation of the K-Pop market."

"Eight groups in 2 years? Only one or two will make it."

"Just take good care of the groups that you already have, especially the one who got you here, BTS!" 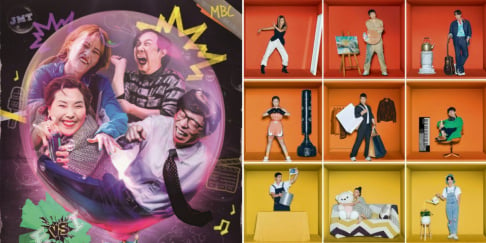 Gotta agree with the netizens on this one

And all these groups will become super popular in one day for no other reason than being from hybe, it really is bye bye to their older groups. Every group now from big agency that debuts will break previous records and sell million within one year,how are they all going to compete in this industry. U used to have those 2 or 3 iconic groups and now they are all popular with no impact whatsoever.

tvN drama 'Little Women' removed from Netflix in Vietnam due to offensive content
6 hours ago   20   12,387

Weibo rumors say that stars with foreign citizenship may soon be banned from appearing on Chinese TV programs
7 hours ago   27   12,581

Crush's recent Instagram story raises questions on whether he is referring to recent events related to ITZY Ryujin's 'V Live'
1 day ago   56   104,980