JTBC's 'In the Soop: Friendcation' comes to an end with 0.6% viewership ratings despite its star-studded cast lineup

JTBC's variety show 'In the Soop: Friendcation' was not able to attract viewers despite its star-studded cast members.

According to Nielsen Korea, 'In the Soop: Friendcation' that aired on August 12th recorded 0.6% in nationwide viewership ratings. This is a decrease from the first episode's nationwide rating of 1.3%, and the show came to an end after 4 episodes.

'In the Soop: Friendcation' is a reality travel show featuring 5 longtime friends Park Seo Joon, Choi Woo Sik, Hyungsik, V, and Peakboy. Dubbed Wooga Squad, they are known as a celebrity friend group that is more than a decade old. Although the show initially sparked the interest of the public with its dazzling cast members, however, the viewership ratings have remained very low.

How Kim Garam became a "Villain of K-Pop" 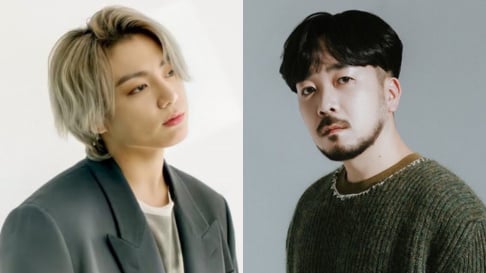 V fans needs to tone down the over-hyping of their bias next time. Everyone will laugh at it now It looks ridiculous

I didn't expect it to be this low though? No wonder there's not much noise even on armys side of things. I guess it was just his solos watching it.