SM Entertainment's project girl group GOT the Beat will be holding a special stage next week on Mnet's 'M Countdown'!

GOT the Beat will be performing their debut track "Step Back" next week on the January 27 broadcast of 'M! Countdown', marking the project group's first performance on a broadcasting station music program. With their powerful music, fun choreography, and excellent teamwork, the ladies of GOT the Beat are expected to attract K-pop fans from all over the world.

Meanwhile, GOT the Beat's performance of "Step Back" on 'M Countdown' will be broadcast on January 27 at 6PM KST. 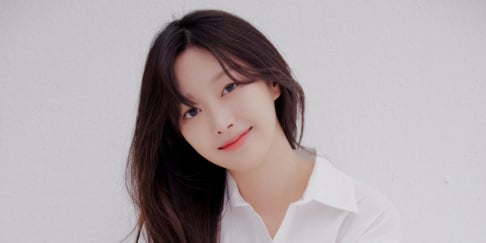 I can imagine how stunned the other waiting room idols would be to see Dae-sunbaes like BoA and SNSD on that day..

Finally! Step Back is such a bop songs!! Can't wait to see them performing this live.

AKP BUZZ
The restaurant that put a cigarette butt in their chicken closes down
2 hours ago   8   5,243

A video of a catfight between Park Eun Bin and Lee Se Young as child actresses spreads online
2 hours ago   1   15,186

[T/W] A YouTuber receives heavy criticism for saying he wants to beat up Song Min Ho and that depression is nothing but an excuse
4 hours ago   18   6,187

A video of a catfight between Park Eun Bin and Lee Se Young as child actresses spreads online
2 hours ago   1   15,186

NMIXX's Sullyoon and NewJeans' Minji said to be classmates at the famous Hanlim Arts High School
2 hours ago   2   1,793

How K-netizens are reacting to Kim Garam sharing her side of the story + publicizing her school violence committee record
18 hours ago   146   50,355

HYBE ADOR's Min Hee Jin responds to the accusations that she is glamorizing pedophilia
1 day ago   168   53,793