On January 4, Junho expressed in an interview, "It's been a long time since I prepared so hard and burned it up. As a sunbae singer, I wanted to show an awesome performance. Thankfully, it seemed like the fans enjoyed our collaboration. I'm happy we got a good response."

He continued, "It's been 12 years since we did a collaboration stage. I thought about how much time has flown. I felt strangely overwhelmed. We had a fun time talking after meeting for the first time in so long. It was nice to see you."

Have you seen Junho and YoonA's collaboration performance?

Remember when in 2010 , 2pm's TaeCyeon said: " Junho is 2PM' avatar of jealous, He was envious of my collaboration with YoonA" 😃😉😊
Junho was so jealous of TaeCyeon x YoonA end year performance and years later he is doing one with her lol mbc help him make his dream. thanks mbc.👍
.
Goddess-Queen YoonA and King Junho are good friends, they did a great performance tgt in mbc, they are amazing k-pop artists and also great actors. thanks mbc
And Thank YoonA and Junho to improve the original choreo to be more spice and sexiness with elegance and class!. Great job tgt!👍
. 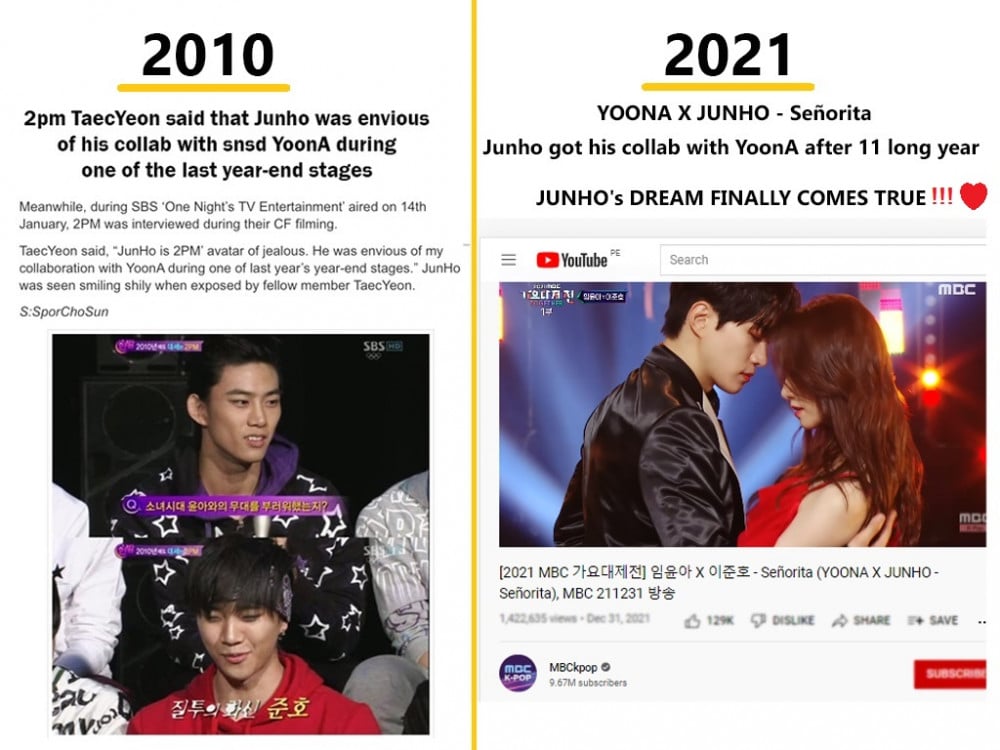 their chemistry is amazing,

ofc their friendship is nice!~

Netflix Korea shares their position in regards to the skin color statement controversy on 'Single's Inferno'
3 hours ago   63   9,085

"It's all our fault," Free Zia's agency releases an official statement regarding the fake item controversy
4 hours ago   25   14,969

Netflix Korea shares their position in regards to the skin color statement controversy on 'Single's Inferno'
3 hours ago   63   9,085