'The Penthouse' actor On Joo Wan's past job might surprise you

On Joo Wan from 'The Penthouse' garnered attention online for being a former dance teacher at SM Entertainment.

On November 19th, a post on a popular online community gained attention for disclosing an unexpected past job of the actor. The post shared the recent broadcast of MBC Everyone's variety show, where the caption says On Joo Wan's moves are still in shape as a former SM dance teacher.

The original poster said she couldn't believe the caption was true and many netizens agreed with her in the comments.

In fact, the actor revealed he used to teach dancing at SM Entertainment back in 2014 on MBC's 'Radio Star'. He said he taught TVXQ's Yunho before he debuted. Check out his performance in the clip below.

Were you surprised to learn On Joo Wan's past job?

TWICE's Jungyeon cutely refutes sister Gong Seung Yeon's comments about her during her winning speech at the 'Blue Dragon Film Awards'
3 hours ago   10   10,713 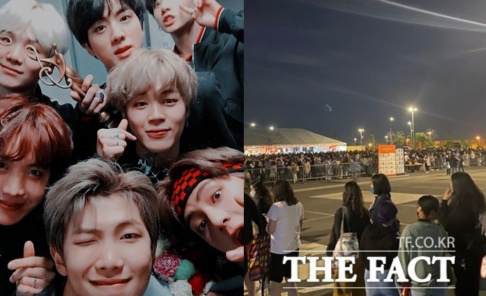 'The Fact' reports on the tens of thousands of fans lining up at SoFi Stadium a day before BTS's concert in L.A.
3 minutes ago   0   223

Netizens react to NU'EST designing a 'fan clap guide' for fans at their concert, as screaming at concerts is currently banned in Korea
28 minutes ago   2   1,742

BTS can carry out their group activities until next year as all members requested an enlistment deferral
1 day ago   139   94,032