As Halloween comes closer, many 'Squid Game' fans are expected to dress as one of the characters from the mega-hit series.

Actress Lee Yoo Mi might be one of the people with the best Halloween costume this year as she perfected the 'Younghee' look. Also known as the 'Green Light, Red Light' doll, the 'Younghee' doll has become a signature to the popular show. The show's producers revealed that the doll's concept came from the girl character that is seen in many childhood textbooks in Korea.

On October 29, Lee Yoo Mi posted a few photos showing off her awesome costume, which was perfect in every way, with every detail - even the purple hairpin - included. As soon as netizens saw her photos, they couldn't help but give the actress a round of applause for the close synchronized visual of the doll. Netizens commented, "WOW," "Daebak," "Ah so cute," "I love this," and "Spectacular." 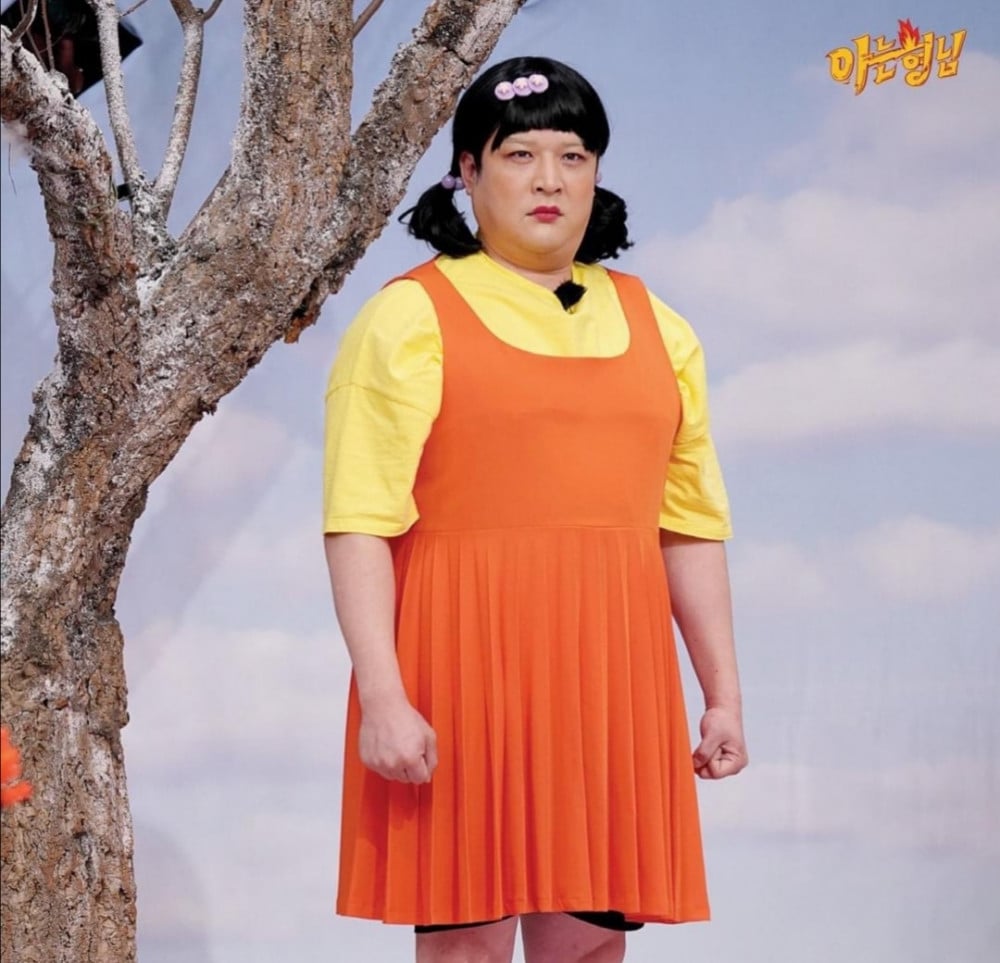 I saw this earlier today, she looks just like I imagine the doll would look like if it was a real life person!

TWICE's Jungyeon cutely refutes sister Gong Seung Yeon's comments about her during her winning speech at the 'Blue Dragon Film Awards'
2 hours ago   10   9,981

Netizens react to NU'EST designing a 'fan clap guide' for fans at their concert, as screaming at concerts is currently banned in Korea
4 minutes ago   0   275

aespa makes history as the first K-Pop girl group to perform at the Macy's Thanksgiving Parade
1 day ago   64   49,486