Tei stuns the Internet with his big appetite

Singer Tei showed off his Chuseok meal and his massive appetite.

On September 19th, Tei showed off his meal for Chuseok at his parents' home on Instagram. In the caption, he wrote, "Everyone, hope you have a happy Han Ga Wi. There are so many main dishes. Mother, you should make a little less food from now on." Shortly after his update, many netizens were surprised to see how big his bowl of rice was.

Some of the comments include: "The regular rice bowl looks like it's a sauce ramekin lol"

"His bowl of rice could feed our whole family lol"

"That meal looks great tho. Do they need a daughter? I can do the dishes"

"Look at the color of that Galbi. Damn He's eating well"

"All his family members have massive appetites"

"I want to see how big his rice cooker is"

"Tei could have gone for seconds lol"

Meanwhile, he currently runs a burger restaurant because of his love of hamburgers, and he also revealed he would often eat 10 shrimp burgers in one sitting as a teenager.

I am not surprised as I saw him participating in a show many years ago, who can eat the most. There were 4 of them in the show - Defconn, Tei, a chef & another celebrity that I can't recall.

I'm laughing because ever since I hit puberty I've eaten enough for three (and more if I'm really hungry).
Also laughing at his clever dig at his mom.
XDDDDDDDDD

But yeah - this looks soooooo good.

Song Joong Ki & Katy Louise Saunders revealed to have gone out for a movie outing with Katy's family
1 hour ago   12   6,576

A victim of school violence who was burned with a hair iron shares that the most hurtful words she ever heard are "You deserve to be bullied"
4 hours ago   37   7,878

Korean netizens are shocked by the news that the top celebrity investigated for propofol use is Yoo Ah In
5 hours ago   10   14,603 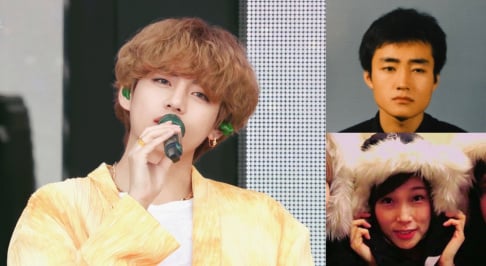 ELLE Japan names BTS's V (Kim Taehyung) as one of the Korean celebrities known for their filial piety
5 hours ago   5   5,446

Song Joong Ki & Katy Louise Saunders revealed to have gone out for a movie outing with Katy's family
1 hour ago   12   6,576

K-netizens have expressed mixed emotions in response to the news of Lee Seung Gi and Lee Da In's marriage
1 day ago   88   40,496