Fans are excited to see F.T. Island's Hongki and EXO's D.O. together again after their previous dating rumors.

Hongki and D.O. made headlines after photos of the two in the military went viral among fans. In the photos, the F.T. Island member seems to look at D.O. with admiration and love, and he later calls D.O. his "girlfriend" and "honey."

On June 26, Hongki shared the photos below on Instagram along with the message, "Photos that were taken, while we wondered, 'Did it take the photo...?' Thank you for coming to see the show today again! Let's see each other tomorrow! PS D.O. said that he's almost wrapped up recording his album while filming a movie these days."

The two idols are said to have gotten close while costarring in the military musical 'Return'.

In other news, D.O. is set to make his solo debut at the end of July.

y'all they mean by the dating rumours when hongki said "he is my grilfriend" when fans asked why he looks at kyungsoo like that😭😭.. as a joke😭😭 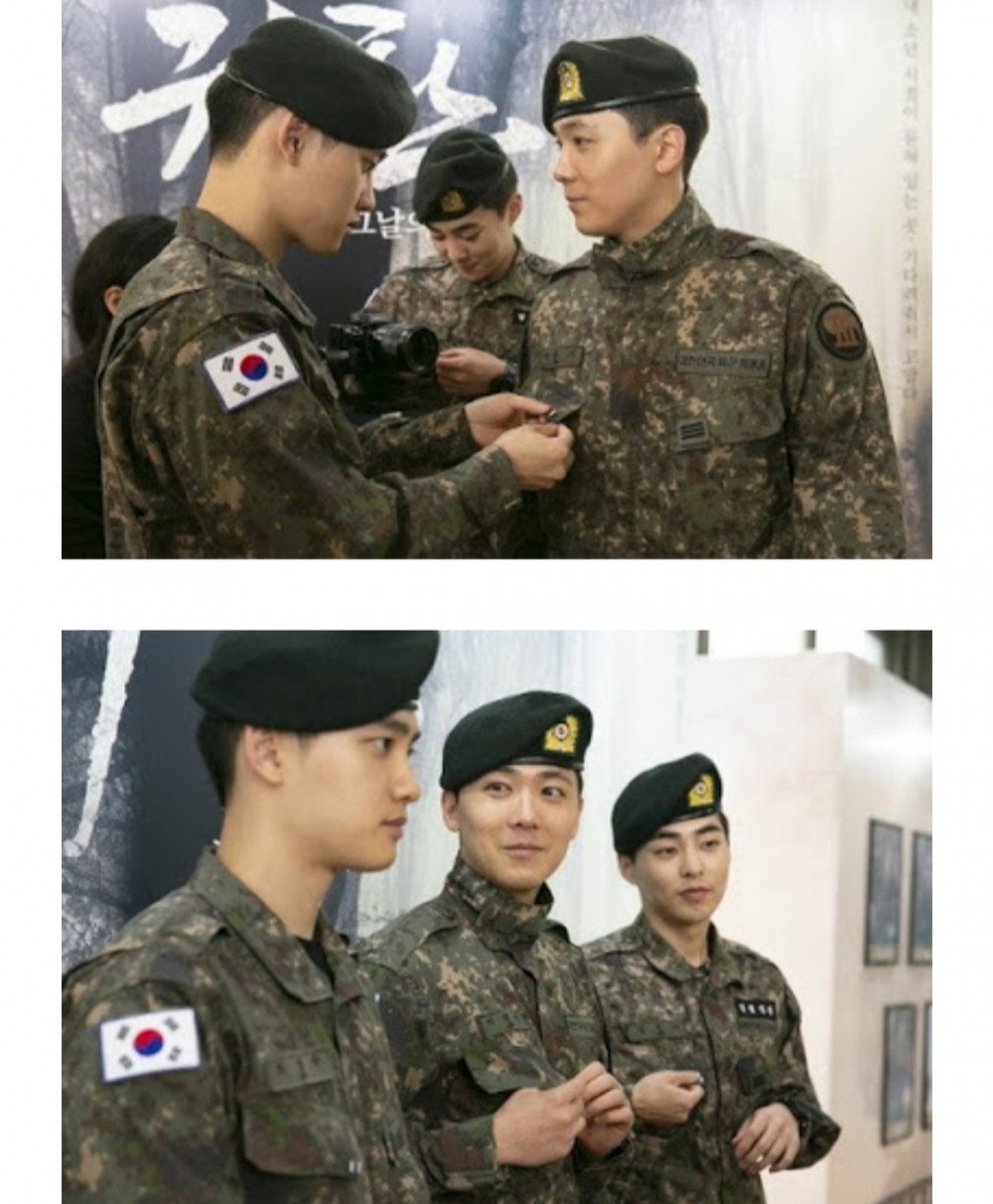 huh you’re telling me these two had dating rumours together??? that is the first time I hear of this

How netizens are reacting to Irene in the latest teaser released for Red Velvet's comeback
1 hour ago   25   6,196

"This isn't right," netizens are saying that AI girl group to have song produced by an AI composer is taking things too far
4 hours ago   36   9,807

Fans can’t get enough of Jungkook's #PermissionToDance Challenge on YouTube Shorts
4 hours ago   18   3,345

Super Junior's Heechul said he broke up with his girlfriend because of his love for video games
12 minutes ago   2   2,288

How netizens are reacting to Irene in the latest teaser released for Red Velvet's comeback
1 hour ago   25   6,196

Woman alleges actor Kim Min Gwi cheated on her several times, including during his COVID-19 quarantine
1 day ago   74   29,531

Goo Hye Sun says she doesn't care about the harsh criticism she's receiving from the art industry
3 days ago   90   56,553