In the recently released track list for TXT's upcoming album, 'The Chaos Chapter: Freeze', fans were delightfully shocked to see that RM of BTS has been credited as a lyricist for TXT's title track.

On May 31, TXT will have their comeback with the title track, "0X1=LOVESONG (I Know I Love You)" feat. Seori.

TXT's second full album includes a total of 8 tracks, which include, "Anti-Romantic", "0X1=LOVESONG (I Know I Love You) feat. Seori", "Magic", "Minor Evil", "Balance Game", "No Rules", "Dear Sputnik", and "Frost". These songs are expected to cover many different genres. The title track "0X1=LOVESONG (I Know I Love You) feat. Seori" is a self-assurance love song about a young teen who believes that though he has met 'you' amidst his many confusions, he couldn't be more sure of the love he feels towards 'you'. With its unique title and interesting perspective of love, the title track has garnered a lot of curiosity and interest.

The names of global producers and artists who took part in TXT's upcoming album have also garnered a lot of interest. In addition to HYBE Label's main producers Slow Rabbit, Hitman Bang, and EL CAPITXN, singer-songwriter and rock hip hop artist Mod Sun, singer-songwriter Alex Hope, artist Salem Ilese, and artist Ashnikko have also participated in TXT's upcoming album. TXT members have also participated in the music production and lyrical writing, and many eyes were further drawn to RM's name being credited as lyricist to the title track, "0X1=LOVESONG (I Know I Love You) feat. Seori". RM is well-known for his talent in writing poetic and soft lyrics, as he regularly works on writing the lyrics for BTS's songs, of which his works include BTS' songs "The Untold Truth" and "Spring Day".

With the participation of many different artists and producers, TXT's upcoming album will likely showcase their depth and growth as artists.

The Title track already has a lot appealing elements I was already, first off I discovered a new artist I like in Seori, And on top of that RM is helping, True Big Hit Music family, I'm really looking forward to this 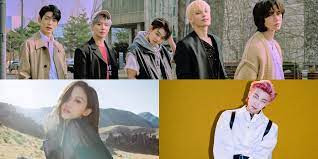 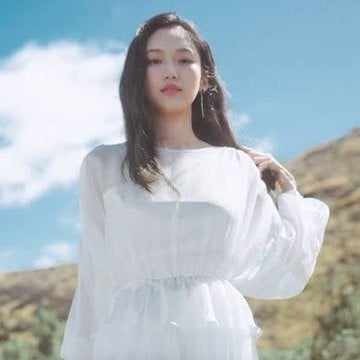 Insiders report that BTS will not be able to attend the '2021 MAMA' due to new quarantine restrictions for overseas travelers returning to Korea
56 minutes ago   15   4,715

How Korean netizens are reacting to fans sending a protest truck in front of the YG Entertainment building demanding Big Bang's comeback
5 hours ago   25   15,071

Netizens react to 'Yoo Quiz On The Block' completely editing Jessica out of Girls' Generation's early debut photo
9 minutes ago   5   1,238

Insiders report that BTS will not be able to attend the '2021 MAMA' due to new quarantine restrictions for overseas travelers returning to Korea
56 minutes ago   15   4,715

Netizens react to BTS's Jungkook hiding behind RM as soon as their "Butter" collaboration stage with Megan Thee Stallion ends
2 days ago   70   37,585

Officials from the entertainment industry reveal that it was Song Ji Hyo's own choice to cut her hair
1 day ago   57   42,011