P.O was born on February 2, 1993, and just turned 28 years old last month. Besides his activity as an idol, P.O is active in dramas, theatre, and variety shows. He is expected to continue with as many activities as possible and bring happiness to his fans before he enlists for the military.

Ravi, who is famous for being kind and warm-hearted, is also expected to enlist in the military. Ravi was born on February 15, 1993, and also just turned 28 years old. Ravi is known for his love for the fans and is expected to meet with his fans through his music and broadcasting activities prior to his enlistment.

Mino, who is known not only for his idol skills but for his producing skills, is also expected to enlist in 2021. Mino was born on March 30, 1993, and will be turning 28 years old this month. Nowadays, Mino is gaining much attention not only for his professional appearance on stage but also for his entertainment and art skills.

BewhY was born on June 15, 1993, and is also expected to enlist this year. Recently, BewhY announced that he had gotten married to his girlfriend for eight years. It appears the rapper wanted to solidify their eternal love before his enlistment to the military.

Taemin, who exudes charisma when he dances, will be the last SHINee member to enlist in the military. Born on July 18, 1993, it is expected that the SHINee maknae will be making his enlistment this year. Currently, Taemin is busy with his activities as a soloist, with SuperM, and with SHINee.

Seo Kang Joon, who boasts visuals as beautiful as a flower, will also most likely enlist this year. Born on October 12, 1993, Seo Kang Joon will be turning 28 years old. He is expected to take on more acting roles before his enlistment. 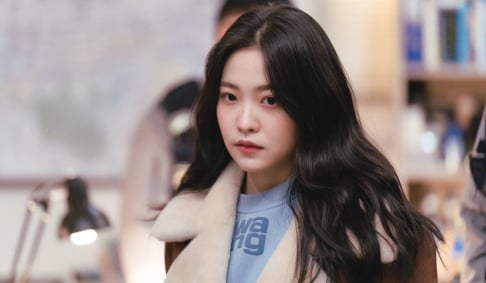 That's not correct. They can go, but they don't have to. As someone else already mentioned, older idols like Chanyeol and Baekhyun from EXO haven't enlisted yet either and they're both turning 29 this year. When it comes to the military in SK, their international age is counted, not their national age. Furthermore, thanks to a new decree approved by the Korean government, certain idols, who are seen as important representatives of Korean culture and have received awards from the South Korean Government, can delay their time in the military until their 30s. That includes groups like EXO, SHINee, BTS, Monsta X, NCT 127 etc.

I'll miss Mino so much and Taemin too. Aaaah my bad ...but it's important so...

The Korean Intellectual Property Office rejects HYBE's application to trademark 'BORAHAE' because it belongs to Kim Taehyung
5 hours ago   31   25,515

A cybersecurity expert says it will be very difficult to apprehend the individual who leaked personal images of BLACKPINK's Jennie and BTS’s V
4 hours ago   14   12,914

Crush's recent Instagram story raises questions on whether he is referring to recent events related to ITZY Ryujin's 'V Live'
2 days ago   57   112,927