2020 was another year filled with amazing K-Pop releases. Out of the countless new rookie artists that debuted this year, here are the favorites that the allkpop staff loved the most!

WEi is a six-member group formed by OUI Entertainment and made its debut on October 5th, 2020, with their mini-album 'Identity: First Sight.' Their title track "TWILIGHT" has a catchy rhythm perfected by the group's synchronized dancing that shows much potential of the group.

I got to know TOO while watching 'Road to Kingdom' earlier this year, on which TOO performed a cover of TVXQ's Rising Sun. This performance was really impressive to me because not many rookies dare to cover TVXQ, and since then, I've been following their activities closely this year!

I think there's a certain trap when it comes to rookies in the K-Pop scene. Most of the time, only rookies from big agencies "matter," which means that big, desired awards like 'Rookie of the Year' is a privilege only rookies from big agencies can compete for. That's why when it comes to checking out rookies in general, it's important to have slightly different standards, like considering potential. WEi from OUI Entertainment couldn't have better represented a group of 'Produce' rejects/victims who managed to put the traumas of the past behind them, coming together as a new team with scattered public interest. I don't know the members well yet besides Yohan from X1 and Donghan from JBJ, but a few months after I added their debut album 'Identity: First Sight' to my 2020 playlist, I found that I was humming the songs along in the kitchen or while working! Shout out to producer Pentagon's Hui for such a unique and fun debut song, "Twilight"!

My favorite K-Pop Rookie of the Year was definitely Secret Number. Their debut was super successful, and the group is not only diverse in terms of nationality but also vocal quality. The five artists that were brought together for this group perfectly complement each other and are able to create a coherent and wholesome experience on stage. Their latest comeback was most certainly underrated and Secret Number deserves much more love and credit than they get.

For Rookie of the year, I was so torn between STAYC and aespa but I couldn't resist the bassy and catchy hook of "Black Mamba" at the end of the day. aespa's debut accompanied big and small controversies. Nevertheless, the girls certainly delivered what many K-Pop listeners have been yearning, including myself. If they can stand out this much as a rookie, I believe they have much more to show in the coming years.

STAYC impressed me with their debut MV for "So Bad." They have a kind of onscreen charm and confidence that doesn't seem rookie-like. I also really liked "So Bad" as a track itself, and I wasn't surprised to see Black Eyed Pilseung produce it, the duo team who were behind a lot of TWICE and A Pink's hits. I think the name of STAYC's debut EP 'Star to a Young Culture' is probably accurate to their future.

My choice for Rookie Of The Year is, without a doubt Weeekly! Weeekly debuted just this year, but has since secured Rookie of the Year alongside TREASURE at the 2020 MAMAs. As the successors to the legendary group APINK (also of Play M Entertainment), I anticipate Weeekly to capture the hearts of many in 2021! These 7 have the same unmistakable charm as their sunbaes, and hone in on their innocent appeal extremely well. Seeing as APINK has lasted for over a decade and have won the hearts of so many, I think Weeekly will likely follow the path their predecessors have carved out. I strongly believe the members of Weeekly and their upbeat and bubbly music will be a breath of fresh air for K-Pop in the upcoming years. In an industry full of overstimulation, sometimes simple is best!

As a fan of YG Entertainment artists and someone who watched ‘YG TREASURE BOX,’ I was super excited upon finding out that TREASURE would finally be debuting. While some fans were initially disappointed by the continuously delayed debut date, the extra time of preparation seems to have paid off. TREASURE has it all — from songwriting/producing to rap/vocal/dance/performance, TREASURE has proved to have talent beyond that of a typical rookie group. Even aside from their musical capabilities, all of the members have strong individuality and unique personalities that make it impossible to not fall in love.

There were many great rookies this year, so it's a bit hard to choose, but I choose aespa for their strong vocals and vibrant concept, which can be seen in their debut single "Black Mamba." They're so talented in all phases and even though they're rookies, they seem like veterans.

B.O.Y — 'Produce X 101' may not have turned out the way that fans expected, but similar to previous seasons, it introduced the public to not only trainees but overlooked talent already existing in the industry. Former MYTEEN members Song Yuvin and Kim Kookheon were highlighted on the program for having a friendship as tight as their vocal abilities, and fans who have followed them have not been let down by the music they've made since debuting as B.O.Y last January with the single "My Angel." If you're a fan of main vocals, you have to check B.O.Y's albums and cover performances. They are a duo that continues to push themselves as artists, which, as a fan, is gratifying to watch.

Play M's first girl group in 7 years and they definitely did not disappoint. Despite being just a rookie group, Weeekly delivered cheerful and fun beats that are sure to cheer anyone up. Coupled with innovative choreographies with great use of props, their live stages are extremely addictive to watch. If you are new to this group, be sure to check out their debut Tag Me (@Me)!

It's true that WEi hasn't made the splash that other rookies may have made this year, but the WEi boys bring a lot of potential to the table. Except for Seokhwa, all the members have debuted in a group already (X1, JBJ, Rainz, 1the9) and two of them have experience being in a group that has snagged music show wins. Debut song "Twilight" shows off their balanced talents perfectly, as they hit vocals, choreography, and performance all spectacularly. WEi is definitely a group worth checking out and keeping an eye out for.

"Boy" is my favorite song from a rookie group this year, so by default, they get my choice for rookie artist of 2020. They're very talented and the MV has excellent choreography. They have a bright future.

There were a lot of great debuts in 2020, but STAYC stood above the rest. They're all so talented and serving visuals as well. Even though they're from a smaller company, I think they have the potential to do big things and become stars.

There was certainly no shortage of amazing rookies debuting throughout the year in 2020. Of the many boy groups and girl groups, however, TREASURE made it into my heart (last minute) with their three consecutive single releases within the last few months. All three albums each have their own unique color, from their shy confession ("Boy") to a fearless expression of their youthful passion ("MMM"). Each title song is also coupled with a sweet B-side that is just as musically commendable, with "B.L.T" being my personal favorite. TREASURE's leaders Hyuksuk and Jihoon, along with the rest of the members, have literally 'survived' through the past few years in various competitions, including 'MIXNINE' and 'TREASURE BOX.' Starting from this year, fans were able to enjoy a rather pleasant spring, as the group did not participate in a survival program but filmed their own fun and relaxing YouTube variety series 'Treasure Map.' If anybody is fancying the thought of becoming a 'Treasure Maker,' you can simply watch the first few episodes and find yourself discovering new charms of this YG boy group. 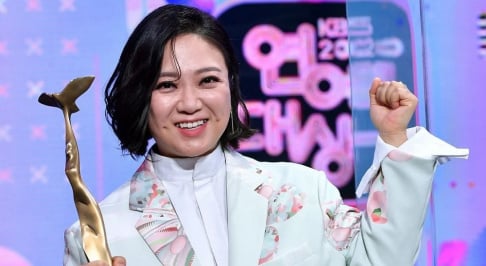 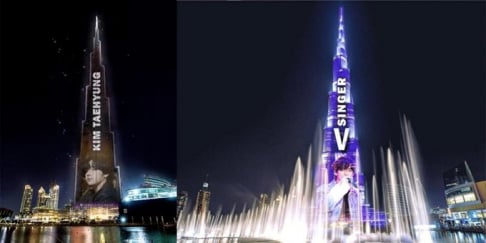 BTS V historically becomes "First idol with individual ad on Burj Khalifa" the tallest building in the world, as a gift from his chinese fanbase

The staff members that picked weeekly, hi you are now my favorite staff.

Famous girl group member 'A' allegedly spotted outside the residence of major agency boy group member 'B'
5 hours ago   52   51,131

On Indian Independence day, an Indian teacher caught threatening a student over being a fan of "lipstick-wearing" BTS-- sparks debate on toxic anti-fan culture in India
1 day ago   146   115,467