Shownu in GOT7? 11 K-Pop idols that almost debuted with other groups

Many idol trainees that are labelmates often train together with no clear idea about which group and what position they’ll be holding once their training period is over. The only goal they have is debuting, whether it be as the maknae in one group or the leader in another. Therefore, many times, the original line-ups of a group look drastically different from the final one that debuts. Trainees are shuffled and assigned to groups that suit them, and therefore, your favorite idols may very well have been in another group had their company so decided.

Miyeon was part of the original line-up of BLACKPINK. BLACKPINK was supposed to be a 9 member group, but YG Entertainment decided at the last minute that it would be a 4 member group instead. Therefore, despite being so close to debut after 5 years of training at YG, Miyeon was removed from the line-up. Miyeon went on to leave YG Entertainment and joined Cube Entertainment, where she was able to debut in (G)I-DLE. However, there are no hard feelings between the girls themselves as when Miyeon finally debuted, all 4 members of BLACKPINK congratulated her for her success.

Shownu was almost a part of GOT7 before he left the company due to training absences and joined Starship Entertainment. He worked as a dancer for Lee Hyori before appearing on No Mercy and ultimately joining MONSTA X. Shownu is still incredibly close with the members of GOT7, especially Jinyoung and JB, and Shownu even looked up to them for advice while he was on No Mercy.

BamBam was not in the original line-up of GOT7 and was supposed to debut in a different group slated to debut after GOT7. However, on the show 'WIN: Who Is Next?', the CEO of YG Entertainment was highly impressed by BamBam's talent for dancing and performance. It was probably then that Park Jin Young decided that he should be in GOT7 and added to the line-up soon after.

S.Coups came close to debut quite a number of times before she could actually debut. He was supposed to be a part of NU’EST but was removed from the final line-up. After, he was set to debut along with Woozi in a group called ‘Tempest,’ but plans for that also fell through until finally, he joined SEVENTEEN and debuted as the group leader.

Hansol was almost definitely going to be a part of NCT but decided to leave SM Entertainment after training for 6 years before that could happen. He even appeared in EXO Lay’s music video, worked as a dancer for Taemin, and was also a part of NCT’s ‘Switch.’ Chances are that he realized that he would not be able to debut any time soon despite such a long period of training and decided to leave beforehand. He joined J-Flo Entertainment and debuted as a member of NewKidd soon after.

Timoteo was supposed to be a member of EXO and even earlier, he was also chalked up to be a member of SHINee. However, he could not pass evaluations and ultimately could not debut in either group. He eventually left SM Entertainment and debuted as a part of HOTSHOT. Timoteo is still extremely close with Taemin and Kai and even Jimin as they’re all part of a closely-knit squad, called the ‘Parka Friends.’

Chanmi was originally supposed to debut as a member of SNSD or Girls' Generation and even recorded ‘Into The New World’ with the rest of the members before being removed from the final line-up. She then made her debut in Co-Ed School, which disbanded soon after. Chanmi returned as part of F-ve Dolls but announced her departure from that group as well. Now, she is signed to FirstOne Entertainment and promoting as a soloist.

Soyou was all set to debut with 4MINUTE when her company notified her that she should ideally debut a little later as she lacked in some areas. As a result, she was dropped from the final line-up of 4MINUTE and eventually debuted with SISTAR after signing with Starship Entertainment. Soyou does not seem to have any qualms about her removal, however, as SISTAR had quite a great run too.

Hyunseung was a trainee under YG Entertainment who was supposed to debut with BIGBANG. He also appeared on most episodes for BIGBANG’s pre-debut documentary but was eventually removed from the group. Hyunseung left the company and joined Cube Entertainment, where he debuted as a member of BEAST.

Subin trained at Cube Entertainment and was going to debut with PENTAGON. However, he ended up leaving the company before his debut could be solidified and joined Play M Entertainment, where he debuted as a member of VICTON.

Popular soloist Somi was rumored to have almost debuted as a part of ITZY, and there are pre-debut pictures of the current ITZY members and Somi together which prove the fact. However, Somi decided to go her own way and debuted as a soloist, achieving extraordinary success in the process. 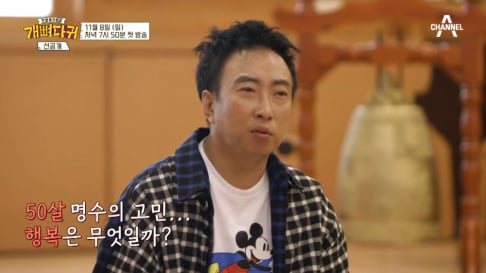 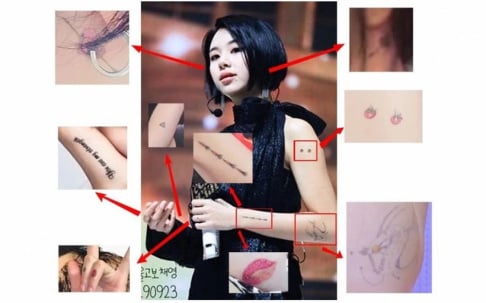 if bambam didn't debut in got7, would he have been part of stray kids? Honestly that would be quite interesting.

Pentagon's Jinho was close to debut with EXO members as their main vocalist. He even debuted on SM The Ballad with other SM main vocals in 2010.

Speaking of SM the Ballad, Junsu (Xia) was a part of the lineup, and already completed the recording. But the plan changed because he left SM and TVXQ

'The Glory' actor Jung Sung Il talks about his difficult childhood and drinking water from a puddle when he was thirsty
4 hours ago   5   6,205

Producer Yoo Han-jin has departed SM Entertainment after 25 years and has joined n.CH Entertainment
5 hours ago   11   5,499

Staff members from the KBS drama 'The King of Tears, Lee Bang Won' have been charged with animal abuse after a horse died due to a dangerous stunt scene
6 hours ago   15   9,860

NCT's Lucas expected to resume activities after his photo with SM Entertainment's CEO and an Instagram update
1 day ago   100   55,753