Chinese newspaper suggests BTS was nominated for Grammys thanks to China, suggest they "think twice before voicing their opinions in public"

A Chinese media outlet suggested that BTS was nominated for a Grammy thanks to China.

An article by China's Global Times claimed, "Their excellent achievements in recent years owe much to the contributions of the Chinese ARMY." The article further concluded, "It seems that some fans have chosen to be understanding when it comes to the band, but it would be nicer if these young pop stars could think twice before voicing their opinions in public. Tolerance is based on respecting territorial and sovereign integrity and personal dignity. If Chinese are hurt a second time, it may cause a further loss of the Chinese ARMY members."

Global Times is the same outlet that reported that Chinese netizens were angry due to RM's statements on 6.25, although the article was possibly later deleted.

You can read the current article here.

I'm not even an ARMY but I've had it with China trying to undermine BTS' success, bully them and silence their acticism. 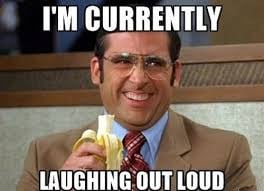 One of the biggest online communities lists idol members by popularity
7 hours ago   47   16,441

BTS’s V becomes the master of the holy trinity of entertainment as he adds an award for ‘Best OST’ to his existing collection of awards for acting and dancing
9 hours ago   30   4,497

U-KISS's Jun's manager explains he thinks he gained attention because he looks like 2PM's Wooyoung?
12 minutes ago   0   442

Netizens react coldly to the news that Park Yoochun will be starting his own YouTube channel
2 days ago   106   20,922