BTS has set another record as they come in at number 1 in the Billboard 'Hot 100' chart. However, there is still more to come for the boy group's promotion.

On September 2nd KST, BTS dropped the promotion schedule for September. Starting from the 10th, each week will be filled with content from the Kpop act. The group will be appearing in various shows, which fans are excited about.

Stay tuned and don't miss out on any of BTS' performance for their first English single "Dynamite".

I did not expect that ! After the notifiaction came I was like "wait what?" *Excited*

Former TAHITI member Ari clarifies all the speculations about her and states she is not part of Shincheonji
2 hours ago   1   5,253

BLACKPINK Jennie's "Solo" MV has been certified Gold by QQ Music in China. She is the first K-pop female artist to have an MV Certification on the platform
7 minutes ago   1   194

The netizen who exposed Block B's Park Kyung as a school bully testifies to more shocking things about the artist's past
19 minutes ago   2   1,710 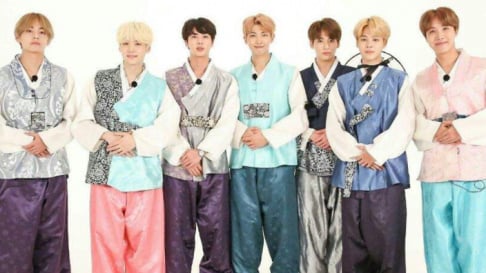 Stage King BTS's Jimin heats up the Gyeongbokgung Palace and takes over Korean forum TheQoo and worldwide Twitter trends after D1 of BTS Week on 'The Tonight Show'
3 hours ago   21   2,444

BTS' Jungkook shook the internet again, trended #1 worldwide and in the US following BTS' performance on the Jimmy Fallon Show
7 hours ago   17   9,948