"Hello, this is Ha Seung Woo.

Firstly, I'd like to apologize for causing concern to all the fans of X1 who heard the news through headlines. Through X1 activities, I learned so many things. The times I spent with the X1 members were so precious, and I was thankful for those times.

I'd like to express my gratitude and apologize to the X1 members who believed in me despite my belief that I didn't have the qualities of a leader. Despite being so small, I was able to perform on stage thanks to fans who filled me with love endlessly. I treasure those times and look back at them with gratitude. I really wondered how I was able to meet so many ONE IT, perform on stage, and receive so much love. I was happy during every single moment thanks to the precious fans who allowed me, who is nothing, to shine. Thank you.

Thank you once again to ONE IT and the X1 members who gifted me with this precious time that I could only dream of having. I will cherish these memories forever. I also want to express my thanks to Swing Entertainment staff members who worked hard with us.

Though it's scary to write these words letter by letter with my poor writing skills, I'm working up the courage to write this down.

I will become a Han Seung Woo who can repay the love of those who are always supporting and believing in me. Thank you."

"Hello, this is Lee Eun Sang.

Thank you to ONE IT, who was with X1 for our jump forward as well as everyone who supported X1.

I was happy to the point where I'm unable to express it in words, and you've helped me create memories that I will cherish and reflect on for my entire life.

I looked back on these recent times that felt like a dream. The reason why I was able to be happy during all of those times was because of ONE IT, who drove X1, and the members who were truly with me and all of the staff members who helped us.

To be honest, there's still a faint, gloomy feeling in my heart, but I'll work hard so I can move towards a bigger dream in the future. It's something I've been sincerely longing for.

The next 'hello' from me will bring more hope and aspirations.

Thank you, I'm sorry, and I love you. 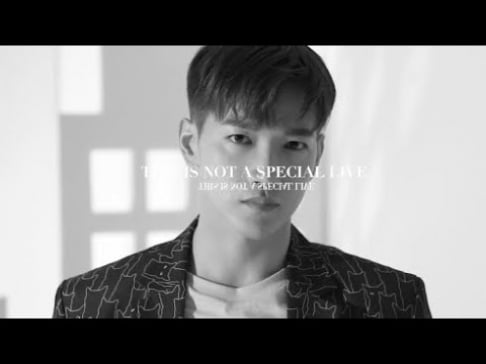 2PM's Jun.K reveals teaser video for upcoming solo online concert 'This is Not a Special Live'
2 hours ago   0   590