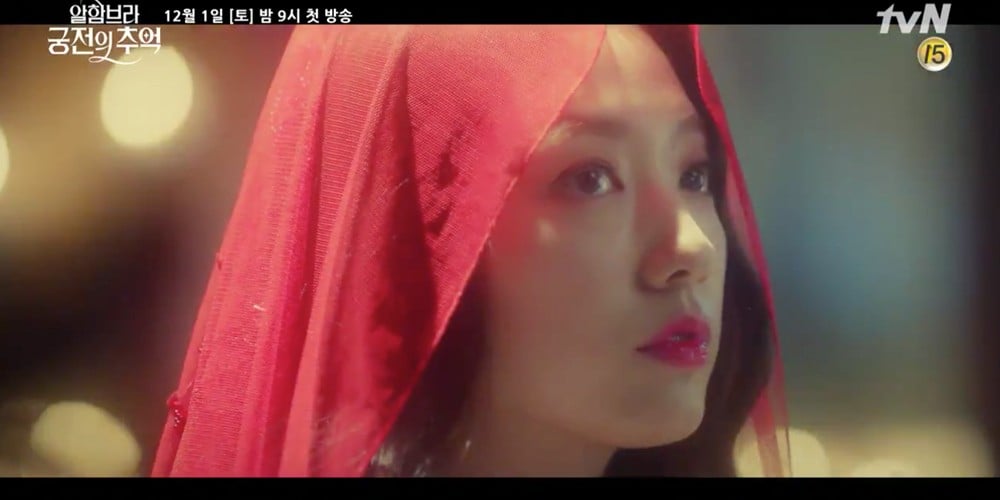 tvN's upcoming fantasy suspense romance drama 'Memories of The Alhambra' has released another lengthy teaser ahead of its premiere starring Hyun Bin, Park Shin Hye, and EXO's Chanyeol - making his first teaser appearance!
This latest teaser below provides viewers with more insight into the mysterious male lead character Yoo Jin Woo, played by Hyun Bin. Known as a business CEO, Yoo Jin Woo reveals the true reason behind his visit to Granada, Spain for the first time in the teaser, with, "Most people visit Granada to see The Alhambra. Me, I'm here to see something different. Magic."
Next, EXO's Chanyeol makes his first appearance as a young man named Se Joo, being chased by an unknown enemy with his expression full of fear. In a rushed, anxious phone call, Se Joo can be seen stating, "Let's meet in Granada. I'll wait for you at the Bonita Hostel."
Finally, Yoo Jin Yoo ends up in front of the Bonita Hostel run by the drama's female lead Jung Hee Joo, played by Park Shin Hye. As Hee Joo welcomes Jin Woo into the hostel for an extended stay, fantastical, magical events begin to occur in the city of Granada.
Check out the first in-depth look into the suspense, the scenery, and the magical CG of 'Memories of The Alhambra' below! The drama premieres on tvN this December 1 at 9 PM KST.

Lady Gaga talks about the positive experience she had working with BLACKPINK on their new song 'Sour Candy'
10 hours ago   66   19,023

Lady Gaga talks about the positive experience she had working with BLACKPINK on their new song 'Sour Candy'
10 hours ago   66   19,023

TWICE will pre-release the highlight part of More & More exclusively through TikTok
18 hours ago   3   1,326

Netizens wonder what mysterious connection these two idols might have had in their childhood
23 hours ago   12   20,693