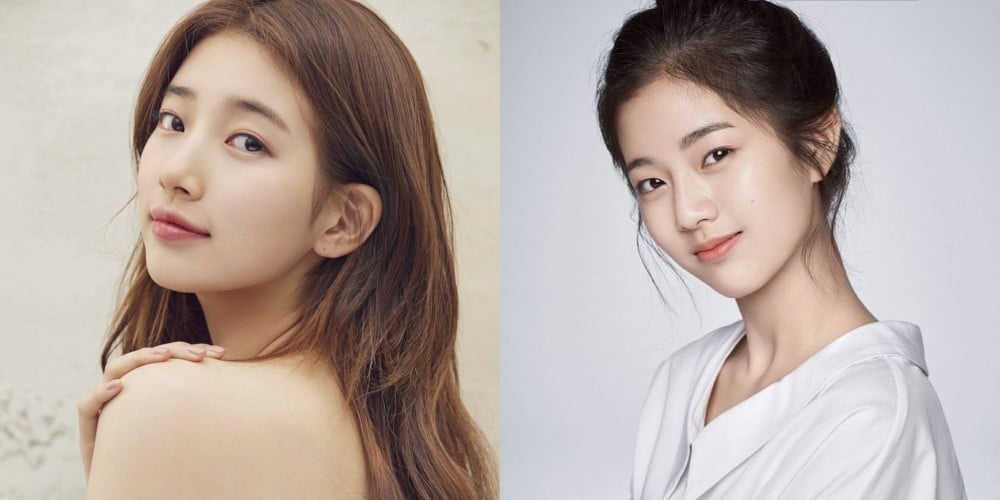 Shin Eun Soo shared her thoughts on being called the 'Second Suzy.'
The rookie actress from JYP Entertainment has proven her acting skills through the film 'Vanishing Time,' drama 'Bad Papa,' and more. To the many compliments on her performance, Shin Eun Soo said, "I'm so grateful. It'll be a lie if I say I don't feel any pressure but sunbaenims told me that I wouldn't be able to flourish my talent if I fall under pressure. After hearing that, I am trying to enjoy."
Rumors stated that Shin Eun Soo is also debuting as an idol in JYP's new girl group. However, Shin Eun Soo shared that she's unsure of which career path to choose. She said, "There are a lot of thoughts in my mind right now. I am trying to think on my own and also discussing it with my parents."
Shin Eun Soo's success as an actress and possible career as an idol gave her the title of 'Second Suzy.' Regarding the comparison to Suzy, Shin Eun Soo said, "I'm so thankful to be compared to Suzy sunbaenim since she's such a beautiful, talented sunbaenim. But I want to create my own path. I'm thankful that I'm perceived in a positive light, but I want to show Shin Eun Soo's charms."
Share this article
Facebook
Twitter
12 21,388 Share 63% Upvoted

i really love her answer~ you dont have to be a second of anybody just be yourself and move forward as being the one and only you.

Good for her but the comparisons are inevitable. Everyone is the next someone to fans. Black Pink is the next 2NE1, Jenny is the next CL, even in sports the newest basketball star is the next LeBron for example. The best she can hope for is in 5 or 10 years some new actress will be the next Shin Eun Soo.

Korean BTS fansite masters claim they were harassed and bullied at the 'Permission To Dance' concert in LA
14 hours ago   73   25,962

Insiders report that BTS will not be able to attend the '2021 MAMA' due to new quarantine restrictions for overseas travelers returning to Korea
1 day ago   89   20,969