BTS' Jin purchases a $1.7 million residence at Hannam The Hill in cash 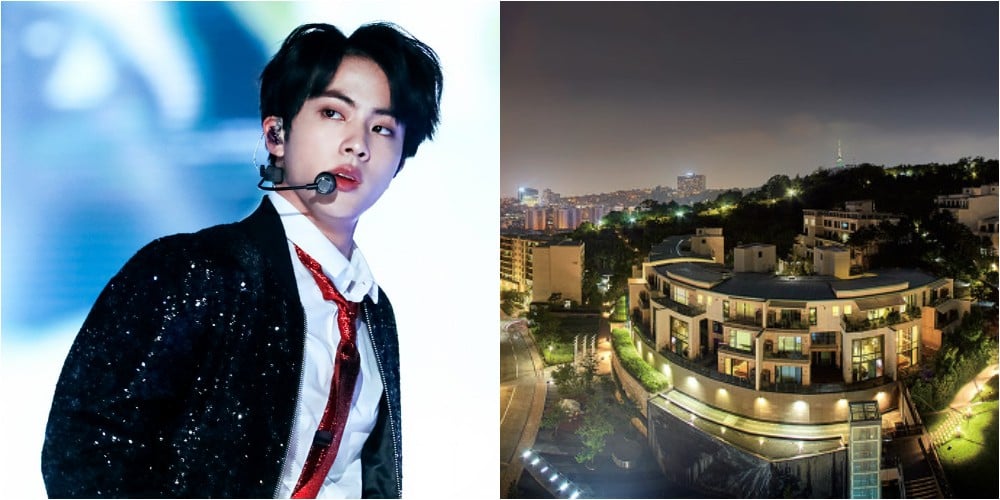 Jin of BTS purchased a $1.7 million residence in cash.
According to a report by Sky Edaily, back in March, Jin made a cash purchase of one individual apartment residence at Hannam The Hill for 1.9 billion KRW (1.7 million USD).
Hannam The Hill, or the 'most expensive apartment in Korea,' is well known as the home of many celebrities and politicians including BTS. The boy group moved into the apartment back in December 2017.
According to a real estate agent, Jin has purchased one residence, but he resides with his members in BTS' dorm.
The insider commented, "The reason why Jin purchased an individual residence here is not only for profit but also because he felt his privacy is protected."
The insider also revealed that the neighbors at Hannam The Hill had nothing but good things to say about BTS as they always greet everyone with a smile and act very humbly, despite being global stars.
Meanwhile, BTS is currently continuing their 'Love Yourself' world tour in Japan.
Share this article
Facebook
Twitter
77 177,479 Share 62% Upvoted

just to be clear, "in cash" doesnt mean he bought the place with a suitcase full of cash. Just means he didnt need a loan from the bank and have the necessary funds to pay on his own. Not hating just clarifying the meaning.

FNC Entertainment announces that AOA will not be participating in the upcoming “Wonder Woman Festival 2020”
3 hours ago   31   15,141

Netizens are amazed by BLACKPINK's AR-free live singing during encore performance
7 hours ago   71   47,278

Netizens are amazed by BLACKPINK's AR-free live singing during encore performance
7 hours ago   71   47,278

The Middle East Sweetheart: BTS Jimin set record as the first Korean soloist to have 4 songs with 500k streams on Anghami!
3 hours ago   10   1,130

FNC Entertainment announces that AOA will not be participating in the upcoming “Wonder Woman Festival 2020”
3 hours ago   31   15,141