11 K-Pop idols who are also YouTubers 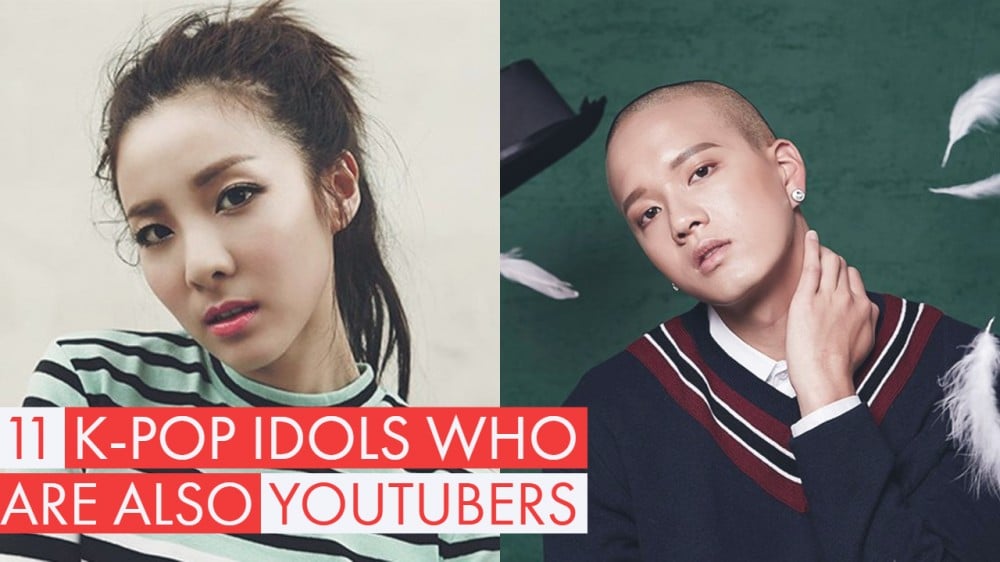 1. Day6's Jae
In September 2017, Day6's Jae surprised fans by opening his own vlog channel under the name Jaesix. He uploaded hilarious videos from daily vlogs to Q&As. He even took to the streets of LA to test the popularity of the Day6 members in an entertaining video!
2. Akdong Musician's Suhyun
You'll fall in love with Suhyun's personal channel, Mochipeach, especially if you love beauty and makeup videos. Each and every one of her videos starts off with a super cute intro and showcases both Suhyun's adorable personality and superb makeup skills!
3. f(x)'s Amber
Amber is one of the most notable K-Pop idol YouTubers. Her funny videos attract hundreds of thousands of viewers - literally! She has a video for everyone, from makeover videos to covers to random videos that showcase her spunk and personality.
4. BTOB's Peniel
Since 2016, BTOB's Peniel has been uploading YouTube videos on his channel, POV, which stands for Peniel's Official Vlog. You won't want to miss out on his relatable vlogs, Q&As, and travel adventures. Check out his backstage vlog with BTOB!
5. Kasper
The "Unpretty Rapstar 2" contestant opened her YouTube channel in 2012. In the earlier days of her channel, she posted covers of her favorite songs. Now, her channel is more beauty orientated. You can find makeup tutorials, get ready with me videos, and other beauty tips!
6. Dara
After 2NE1's heart-breaking disbandment, Dara opened her YouTube channel to allow her fans to keep up with her life. Take a look inside Dara's day by watching her superbly edited vlogs that are full of her cute and quirky personality!
7. Cocosori's Coco
Coco's Youtube channel, Rilaccoco, is full of videos that will simply energize you! She posts a variety of videos including makeup tutorials, skincare routine videos, and even Music Bank behind-the-scene vlogs!
8. f(x)'s Luna
Like her fellow group member, Luna uploads YouTube videos to engage with her fans. She already has three "seasons" of videos on her channel, Luna's Alphabet! You can find unique girl group maintenance videos, makeup tutorials, and travel vlogs on her channel.
9. Hoya
If you love to listen to music, subscribing to Hoya's channel is a must. He uploads covers of his favorite songs - in both Korean and English for international fans! He's not only talented as a rapper and dancer, but also as a vocalist!
10. Ladies' Code's Ashley
Ladies' Code's Ashley is an awesome YouTuber. Her channel documents a variety of things, from her travels to Q&A's and chopping off her hair, you get a lot of variety from her videos.
11. A Pink's Bomi
A Pink's Bomi started her own YouTube channel just a few months ago. She uses it to communicate with fans when she wasn't promoting, and also to show fans insights into her daily life. Some of the videos include unboxing gifts sent from fans.

Sooyoung garners attention with her witty hat following the announcement of Girls' Generation's comeback
4 hours ago   9   21,357

Hyoyeon says she didn't tell anyone about Girls' Generation's comeback, even her parents
58 minutes ago   0   1,455 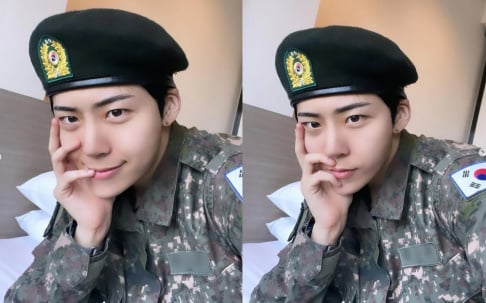 ENHYPEN embroiled in controversy when their bodyguards are reportedly seen assaulting female fans
20 hours ago   98   24,630