Which drama did Koreans select as their all-time favorite? 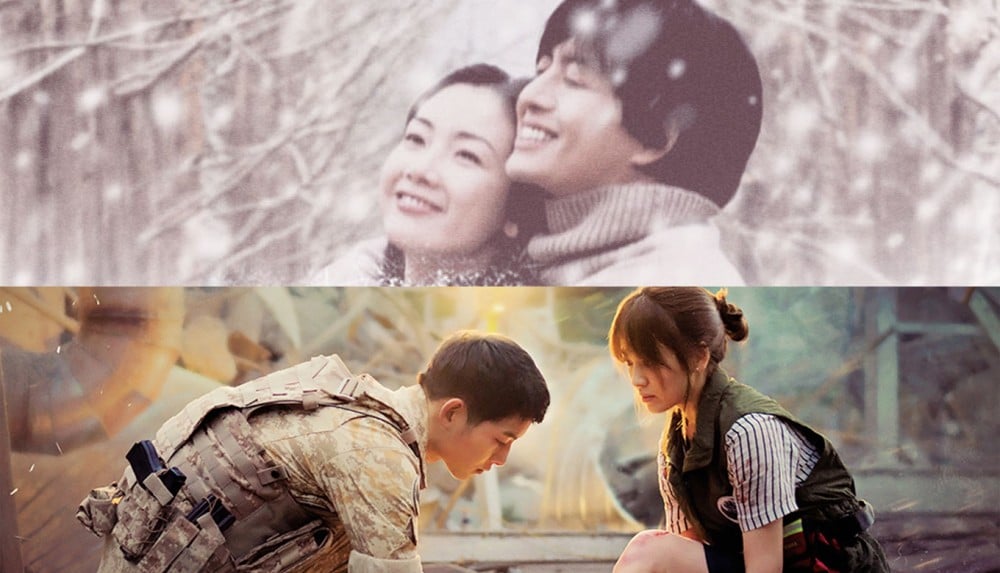 KBS' 'Weekly Entertainment' listed the most loved Korean dramas in history.
On the June 1 airing, the show revealed the top dramas that Koreans love the most in history. In 4th place is 'Moonlight Drawn by Clouds' starring Kim Yoo Jung and Park Bo Gum. The drama gained great love and attention for its pure, sweet love story.
In 3rd place is 'Winter Sonata' starring Bae Yong Jun and Choi Ji Woo. The heart-aching romance also became a hit in Japan and allowed Bae Yong Jun to become a mega Hallyu star.
Next up in 2nd place is 'Autumn In My Heart' starring Song Hye Kyo, Song Seung Hun, and Won Bin. The famous line by Won Bin still remains to be one of the most popular lines of all.
And finally in 1st place is 'Descendants of the Sun' starring Song Hye Kyo and Song Joong Ki. The drama not only became a mega-hit in Korea but also across Asia, especially in China. The immense love and attention on the drama and its cast continued to last even after the end. It also created the top star Song-Song couple.
Which Korean drama is your favorite of all time?
Share this article
Facebook
Twitter
0 59,009 Share 100% Upvoted

Hyoyeon says she didn't tell anyone about Girls' Generation's comeback, even her parents
3 hours ago   2   3,565

Rapper Hanhae shares how shocked he was after learning about the extravagant thank you gifts Hyun Bin and Son Ye Jin gave to wedding guests
5 hours ago   4   29,715

ENHYPEN embroiled in controversy when their bodyguards are reportedly seen assaulting female fans
22 hours ago   98   25,163