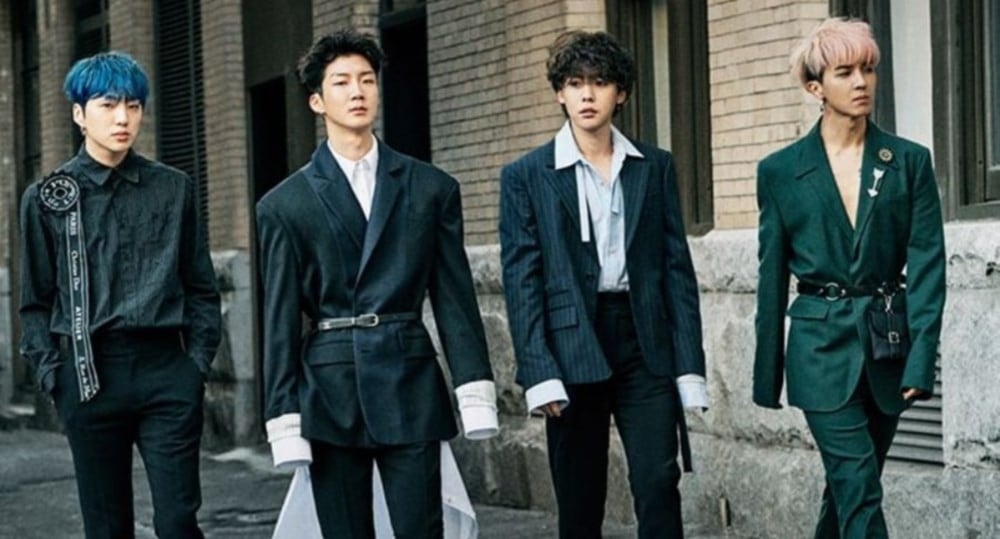 WINNER are receiving criticism for comments they made at a Seoul University music festival on May 3.


According to Dispatch, WINNER sang hits like "EVERYDAY" and "Empty", asked concertgoers questions, and gave out autographed albums. The issue occurred when the group members were choosing which audience members would receive autographed CDs.

While the members were discussing how to pick lucky students, Song Min Ho looked at his underwear and suggested, "Underwear? Underwear color? Let's pick the person who's wearing underwear with the same color as me."
The other members quickly responded, "I think that's a bad idea. How are we even going to find out what their underwear color is?" Kang Seung Yoon explained apologetically, "We had a full schedule since the morning before we came here. I think he's really tired," and Kim Jin Woo said jokingly, "He's gone crazy." Dispatch has reported some students, concertgoers, and netizens are complaining Song Min Ho's comment was inappropriate.

Some netizens are also criticizing another comment WINNER made about Seoul University's students. As the school is known as the top university in South Korea, the students hold a reputation for being especially studious. WINNER commented on the audience, "Since you're all so good at studying, we thought you wouldn't be able to party, but it seems you're good at partying and studying." However, other concertgoers are stating the crowd cheered after WINNER's comment about the students and took it as a compliment.

What do you think of WINNER's comments? Do you think they were inappropriate?

'The Late Late Show With James Corden' deletes videos of the host calling BTS's appearance at the UN 'unusual' in response to backlash from ARMYs
2 days ago   142   90,197