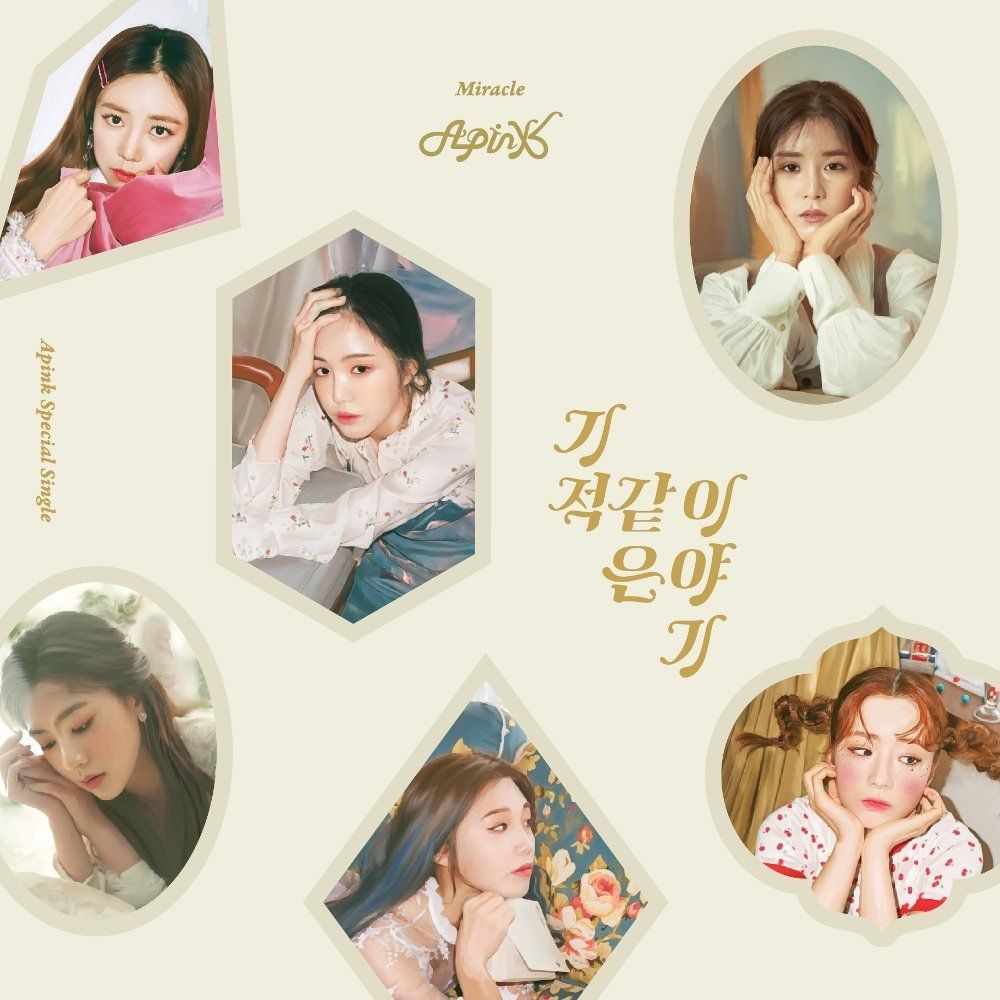 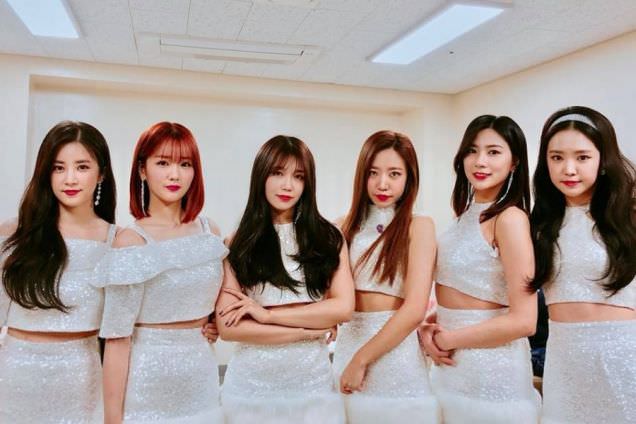 A Pink has just dropped their 7th anniversary single, "Miracle," as a gift for their fans. Eunji co-composed the track, and Chorong penned some of the lyrics.

To mark the occasion, they've turned out a ballad. Most of A Pink's output is pretty soft anyway, so this is not entirely unusual. Although this is more mature than what we've heard from the girls previously. There's a nice variety of textures in this tune, along with some lush arrangements. The piano work is softly insistent, and the vocal work is top notch. They get more emotional than usual. Eunji's highs in the chorus aren't particularly notable, given her work on songs like "My My My," but Naeun, Chorong, and Hayoung do a great job bringing Eunji's stratospheric vocals in for an oh-so-soft landing. 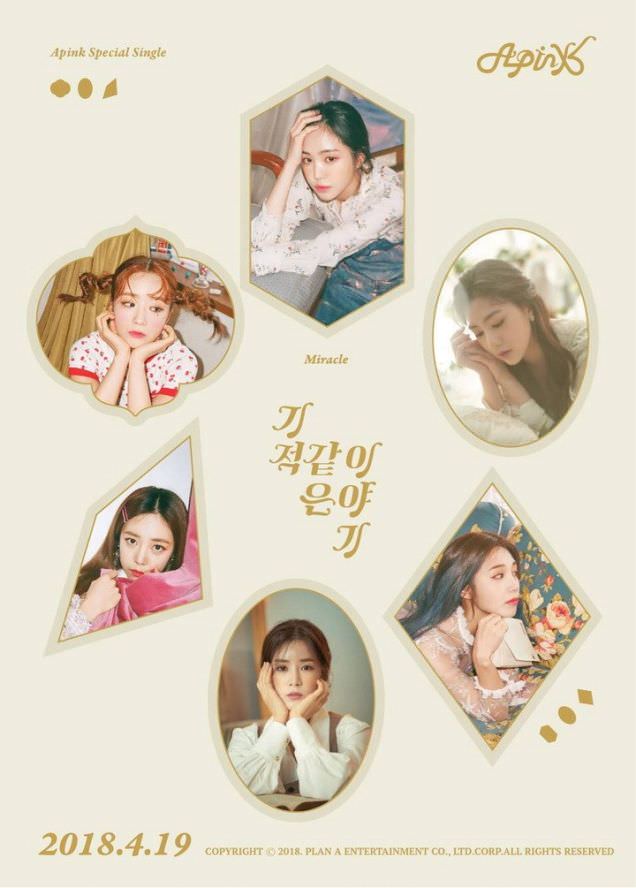 As I said, this is a little more mature I'm used to hearing, but it's no less poignant. It did bring a tear to my eye, so I think it did its job well. As anyone who's read my reviews knows, I'm a fan of ballads done right. And this one certainly is. Is it a miracle? No, but it's a solid tune.

Honestly looks like an FMV, with clips of other performances spliced together. Some of them I recognized from past music shows. In some cases, it looks convincing and the mouths are in sync with the vocals, and in other cases not so much. Most K-Pop MVs have a hit and miss relationship with synching anyway, but still. the effect is a bit jarring.

As far as the appropriateness of the clips, it's not bad. In many cases, we see lace, and dresses and pretty things, not necessarily hot outfits and wild fashions. And in that, I think it succeeds. You're not going to be convinced it's genuine, but that's not the intent. The intent is to leave you with a wistful feeling, to show you a celebration of 7 years gone by. And in that, it succeeds.

Netizens compare and select which entertainment agency building they prefer out of the Big 4
2 days ago   114   62,050