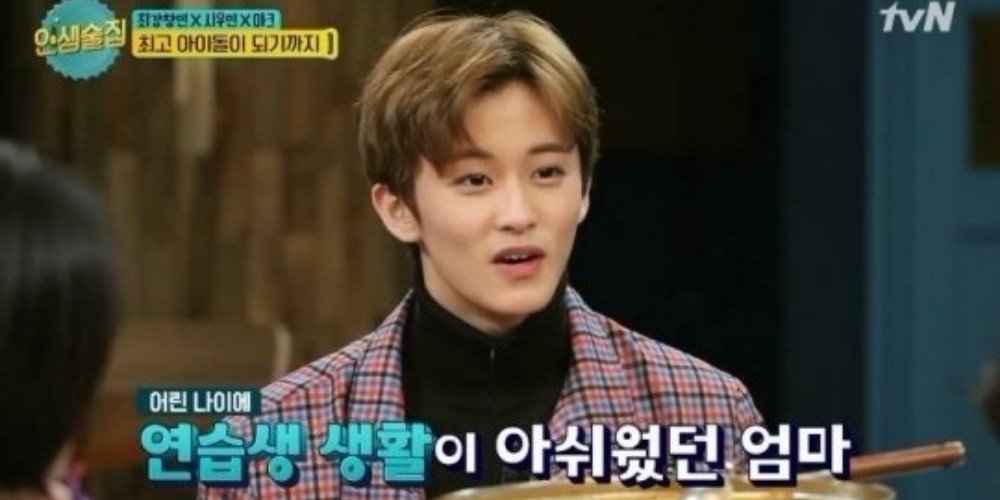 NCT's Mark shared how he got to audition for SM Entertainment.

On the March 15 airing of tvN's 'Life Bar', Mark revealed, "It was 2012. I lived a life where I focused solely on studying. I loved music but never really thought about actually pursuing it."

He continued, "On the day of the global audition, I was off school. Originally, it wasn't an off day but I just happened to be off school. So I went to the auditions and I made it. It was my first ever audition."

However, Mark said, "But my mom regrets it, saying she shouldn't have allowed me to go. The reason is that I was so young. She thinks she should've kept me by her side up to the age of 20."

Hearing this, MC Heechul agreed and said, "That's true. It's nice to succeed faster by debuting early but I think it would be better to debut after experiencing everything at a young age like going on field trips and taking graduation photos. There are so many joyful things at that age but the ones who can't cherish those moments tend to be really lonely."

Initial accusers of Nam Joo Hyuk refuse to take down the article despite the lawsuit
10 hours ago   48   19,388

BTS members respond with playful shock as Jin shares the location of his '7' tattoo on Instagram
43 minutes ago   0   1,091

Netizens ask why Big Hit Music was so fast in denying RM's marriage rumor but still haven't said anything about V & Jennie
2 days ago   77   38,519

Sunmi will reportedly take over as the new host of 'Showterview', previously hosted by Jessi
2 days ago   58   50,740

Additional veteran musical actors speak up about the issues in the Korean musical industry
3 days ago   62   53,148