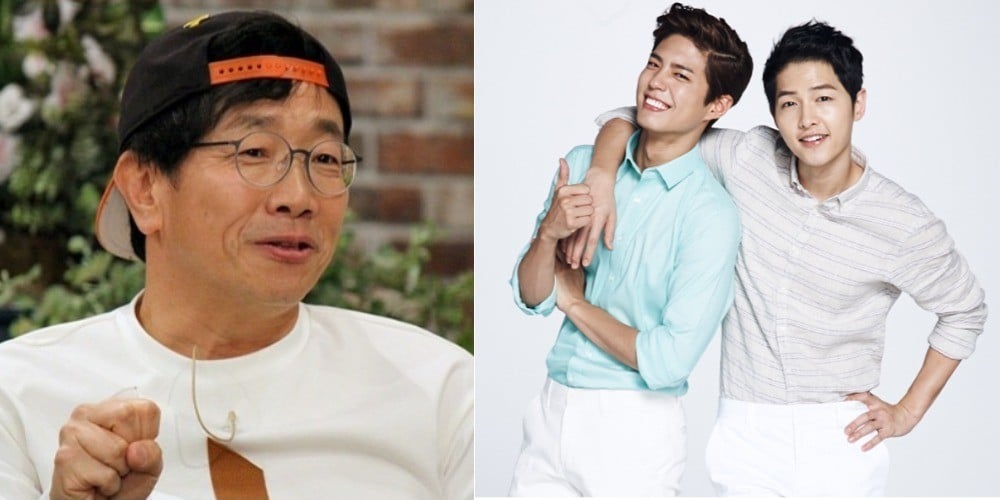 On the February 22 broadcast, Park Chul Min explained why he forged Song Joong Ki and Park Bo Gum's autographs. He said, "I don't have bad intentions. I get many requests for (the two actors') autographs. I can get 2 or 3 copies but the two people have many lines and weĀfilm as if we're on a live broadcast so it's difficult to ask every time."

He continued, "I really can make it similar though. I heard someone's daughter was really happy with my forged autographs. So then I gained confidence"Āand "Since I get so many requests, I write 'Park Chul Min' in tiny font at the bottom."
Ā

The actor also talked about his close friendship with Yoo Seung Ho. He said, "The age gap between us is 26 years. We worked on many productions together. There are about six that we were on together."Ā

Park Chul Min complimented the younger actor, saying, "We became close since we met on aĀvariety of works, and my mentality isn't so mature, whereas Seung Ho is mature for his age." He continued, "He comes to watch my shows and we drink together sometimes. He's nice; not because he was directed to be so. He's nice innately so I love him."

Fans of NCT's Jaehyun attack Singaporean newspaper for 'damaging his reputation'
12 hours ago   34   32,662