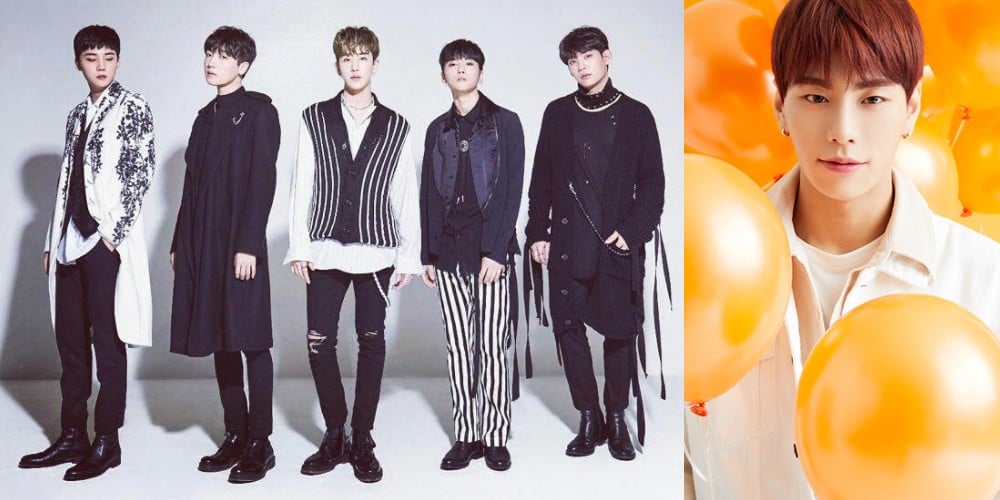 Topp Dogg's label Hunus Entertainment has announced plans for the group to change its name and promote as 5-members without Kim Sang Kyun.

From here on, Topp Dogg will be promoting with members Sangdo, Hojoon, B-joo, Xero, and Yano. JBJ's Kim Sang Kyun, who promotes by the name A-Tom in Topp Dogg, will not be joining the group for the time being. The 5-member Topp Dogg will go by a new name, XENO-T.

Hunus said, "We would like to notify you that Topp Dogg's Sangdo, Hojoon, B-joo, Xero, and Yano will be promoting by a new name, XENO-T. The new name XENO-T is a combination of the words 'xenogeneic', meaning different species, and 'top-class'. They have decided on the new name XENO-T in order to return to their beginnings and repay fans who have cheered them on for a long time with an improved image."

The label continued, "Also, B-joo and Yano have decided to change their individual stage names to B-Jew and Sangwon, of their own will."

Finally, Hunus thanked fans for helping Topp Dogg protect their group name for the past 5 years. Stay tuned for updates on the future promotional plans of the new and improved XENO-T!

Sung Hoon talks about the truth behind the dating rumors he was embroiled in
2 hours ago   1   5,024

The reason why Super Junior's Heechul is always praised every time there is news about a celebrity DUI
2 hours ago   8   17,177

Fans laugh as (G)I-DLE's Shuhua accidentally puts up her middle finger during a performance
5 hours ago   8   9,248

BTS's "Dynamite" awarded the 'Foreign Work Award' by the Japanese Society for Rights of Authors, Composers and Publishers (JASRAC)
27 minutes ago   0   143

Netflix drama 'Hunting Dogs' might have to refilm due to the recent DUI incident involving cast member Kim Sae Ron
47 minutes ago   3   2,202