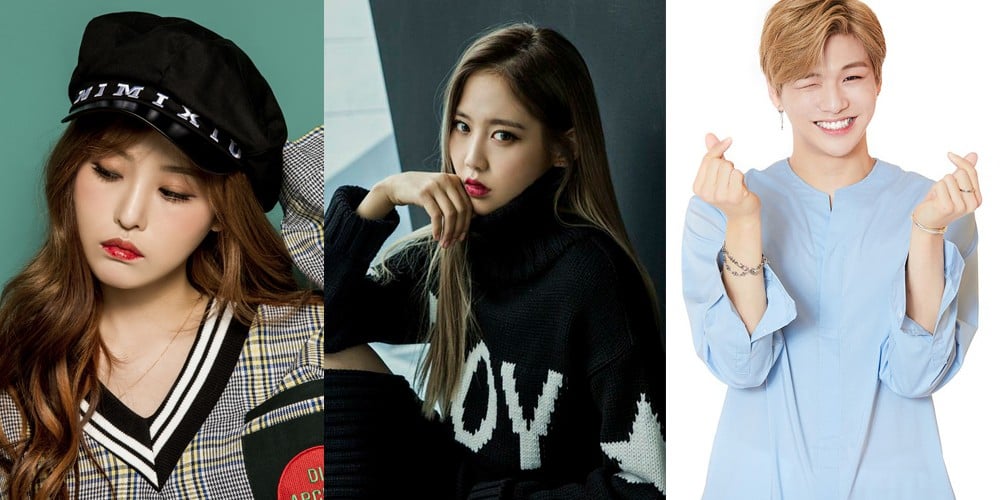 "After debating for a long time, because it seemed that so much false information were being exchanged back and forth, and in order to provide some better insight to everyone including Wanna One fans, Kang Daniel fans, those who are concerned for Ji Dam, and those who are deriding her on Instagram, I am writing these few words.

About 2 years ago, I invited Kang Daniel who was a trainee at the time to a party with my acquaintances. (I went to the same tutoring school as him since we were young in Busan). Ji Dam was also at this party, and they got to know each other there. They are around the same age, and the atmosphere had everyone getting to know one another better, so they ended up meeting up with some more friends after that party, and some time after that, I heard from them that they were keeping touch with good feelings.

Not long after that, the MMO Entertainment trainees became busy preparing for 'Produce 101' with filming schedules and practices, and to my understanding, Daniel settled things with Ji Dam with no hard feelings because he wanted to focus on practicing, thinking that it might be his last chance, and so it would prove difficult to keep in touch under the circumstances. Even when they met at a shop after his debut, they only greeted each other professionally, and I believe it was not possible for them to have more personal communication than that.

I do not know why she captured and posted those blog posts, and I do not understand why she has so many spelling and typing errors that it is impossible to comprehend her, and it's difficult to communicate with her right now. But one certain thing is that it doesn't feel like the blog content was written with the two's relationship in mind. Because I am not Ji Dam herself, I can't explain her strange words or situation, but as someone who introduced the two of them, I hope there will be some lessening of the speculations which cause harm."

Meanwhile, the netizen who originally posted the 'pretend Kang Daniel' content has decided to shut down their blog. 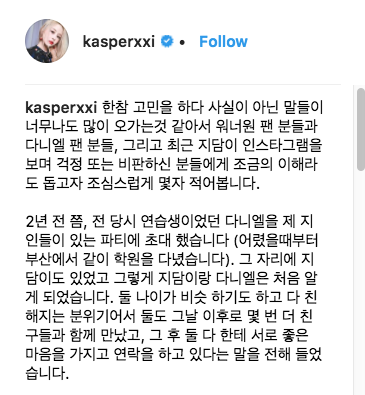 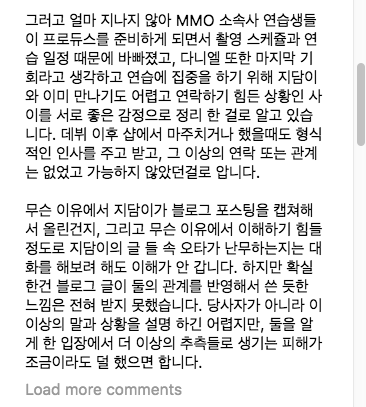 BTS and Megan Thee Stallion surprise the audience with their 'Butter' live performance
4 hours ago   15   5,154

4NOLOGUE and Abyss, home to GOT7's BamBam, are now working in partnership to manage his Thailand activities
1 hour ago   3   520

Model Lee Hyun Yi shares accidents behind the stage including using a nail remover on her eye
2 hours ago   2   2,199

Fans send a protest truck in front of the YG Entertainment building demanding Big Bang's comeback as a 4-members group
20 hours ago   82   51,884