North Korean defector is a fan of Girls' Generation

The 24-year-old North Korean soldier who defected to the South is a big fan of Girls' Generation.

Earlier this month, a North Korean soldier with the surname Oh made headlines when he dramatically escaped North Korea to cross the DMZ. The video released looks like a scene out of an action movie.

After the rescue, he was transported to Ajou University Hospital in Suwon, South Korea and was operated by medical doctor Lee Cook Jong. The medical team found parasitic worms in his intestines and found that Oh also suffers from Chronic Hepatitis and Tuberculosis. The doctors also are worried that Oh may be suffering from PTSD (post-traumatic stress disorder). The doctors stated that Oh is 5'5" and weighs 130 pounds, he is several inches shorter and around 20 pounds lighter than the average South Korean male at the age of 18.

When Oh regained consciousness he stated that he came to South Korea of his own free will.

Lee Cook Jong said he talked to Oh a lot and especially about music. The hospital staff played music videos by Girls' Generation for him and he enjoyed listening to K-pop songs. His favorite song from Girls' Generation is "Gee."

It was also revealed that Oh asked, "Is IU the same age as me?" So it appears he knew about IU while he was in North Korea. 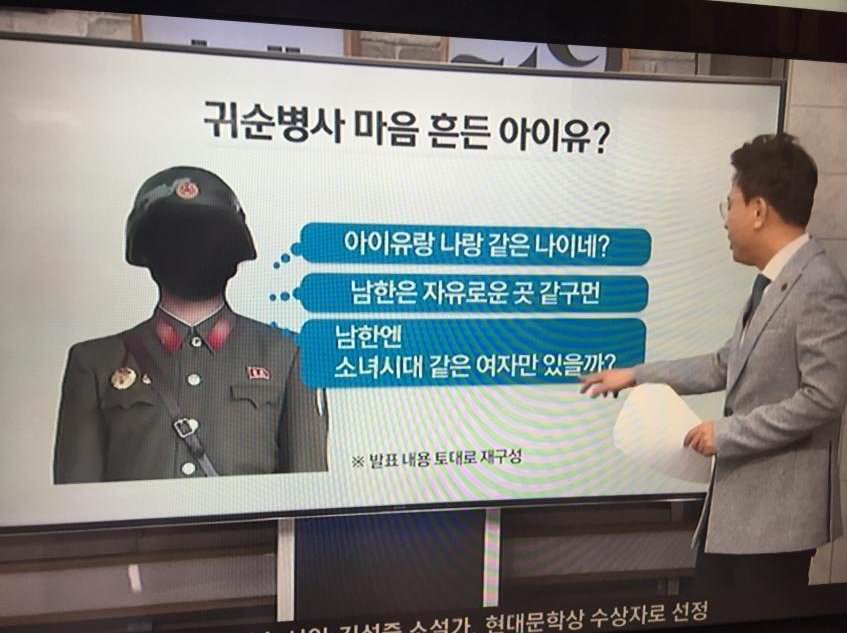 Big Bang, TVXQ, and SHINee are in the top 10 for attracting the most concertgoers in Japan

Man shot and killed during armed robbery at a restaurant in Seattle, Washington earlier this month identified as the father of singer Sam Kim
22 hours ago   99   115,157

Man shot and killed during armed robbery at a restaurant in Seattle, Washington earlier this month identified as the father of singer Sam Kim
22 hours ago   99   115,157