Honestly am not seeing this going very well for either of them, but sounds like fun to watch!

Reports came out on January 21 that hot visuals Seolhyun and Seo Kang Jun are confirmed to appear on 'Laws of the Jungle,' a very difficult program in which celebrities try to survive in a tough environment.

However, SBS stepped up on the same day to state, "It is true that the production crew had a meeting with the two of them.  However, the two are so busy that we are mediating over the schedule regarding their appearance.  It is hard to say yet whether they are confirmed. We will notify you when everything is finally figured out at a later time."

For this season, they'll be headed to East Timor.  The production crew is planning to leave for the new location at the end of this month.

What do you think?  Can the two make it in the jungle?  There's no doubt it'll be entertaining, though!  And hey, great eye candy - perhaps a new ship.

Mina's agency announces she will be released from hospital soon; to receive additional medical treatment
5 hours ago   19   8,272 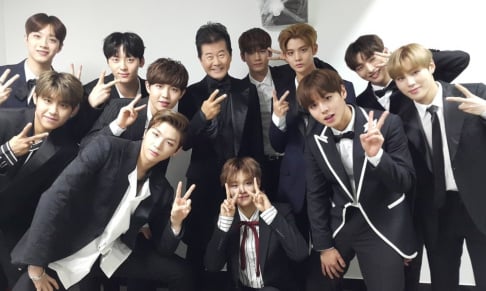 Mina's agency announces she will be released from hospital soon; to receive additional medical treatment
5 hours ago   19   8,272

Former AOA member Mina allegedly speaks on ChoA after news of her rumored comeback
23 hours ago   42   71,207