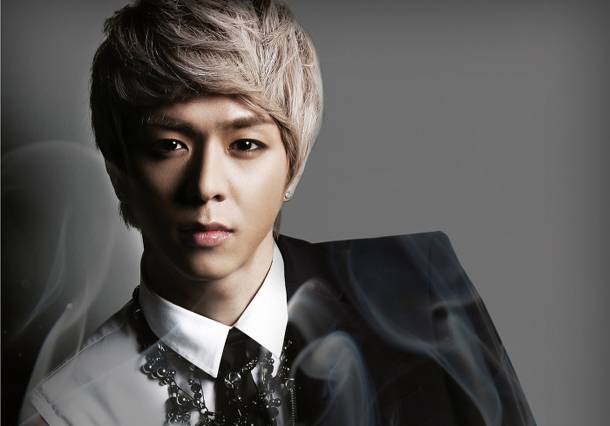 Despite assurances from ZE:A's Lee Hoo (Junyoung), Star Empire Entertainment has stated that he'll be temporarily ceasing promotions with the group as well as communications with fans through SNS.

In an official statement posted to ZE:A's fan cafe on October 21, Star Empire started out by apologizing for the issues that have arisen recently concerning Lee Hoo, ZE:A, and Star Empire head Shin Joo Hak. The statement then went on to explain the misunderstandings and rumors associated with the apparent conflicts.

"The motive behind Moon Joon Young's direct posts on Twitter and differences in opinion between agency and celebrity are common problems within companies. As they've been under Star Empire for the past 10 years, [Lee Hoo] and the ZE:A members have been trying to move forward positively and had meetings personally with the head in order to come to try to come to an agreement. However, with the Osaka, Tokyo fan meetings in Japan ahead on September 12 and ZE:A member Taeheon's MMA injury, we weren't able to address his treatment immediately, and the members' discontent was heightened. They decided that they weren't able to communicate with the label any longer, and Lee Hoo spoke for his members and tweeted to the public as a way to get better treatment. It was not a wise way to deal with it, but from Lee Hoo's perspective, it was something he needed to do. Star Empire is taking full responsibility for this commotion.

After the 21st, the Twitter apology saying the misunderstandings and conflicts had been resolved, and the members and agency head found good solutions for the misunderstandings and truths about the income distribution and the agency artists' rights and welfare. Lee Hoo then apologized through Twitter for causing concerns and promised to make it up through good performances. However, Lee Hoo then posted to Twitter that his words reflected more of the agency's intentions than his own. From the agency's perspective, we don't think we should cause more confusion to the public and netizens because of internal issues. However, because of this situation, the public's misunderstandings about Lee Hoo have grown, and as Lee Hoo has posted his contradictory opinions on Twitter once again, the public's ill feelings have grown. The agency's misjudgment has hurt Lee Hoo and stamped in unnecessary misunderstandings among fans, which the company regrets. One day wasn't enough to resolve 10 years of complaints and feelings of unfairness, and 140 characters [on Twitter] are not enough to express 10 years of toil and situations in 140 characters...

We've created a new system that factors in the opinion of the ZE:A members including Lee Hoo and the agency head Shin Joo Hak... Lee Hoo is reflecting on causing a concern to his loving fans and the public for the past month and plans to try even harder to show a good side of himself. For his plans, Lee Hoo will temporary cease communications through SNS, and we ask that you wait for a Lee Hoo to return with a new image. He also left his last words, asking you to cheer on the rest of the eight [ZE:A] members. In the future, Star Empire Entertainment will have mutual and continuous correspondence with its artists through honest communications. We plan to show the fans a great image, and we will try our best to never have this sort of situation arise again."

Lee Hoo has been posting to Twitter about apparent issues ZE:A have had with Star Empire Entertainment. His most recent post included an ominous countdown. What's your take on the new developments?

SF9's Rowoon makes headlines for his height, shielding another member standing on an elevated platform
23 minutes ago   2   1,549

Netizens amazed by the natural size of Irene's eyes without video filters
1 hour ago   6   2,346

BTS’ Jungkook's self produced Magic Shop and solo Euphoria are the only 2 BTS songs charting in most popular kpop songs of 2020 so far in Japan according to Joysound karaoke
7 hours ago   10   2,396

Kim Chung Ha thanks DIA's Ki Hee Hyun for her loyal friendship after running into her backstage at 'Inkigayo'
8 hours ago   1   2,244