Hands down one of the cutest couples to get married in 2022 (and there were a lot!), Koo Jun Yup and Barbie Hsu finally appeared on a moving screen together, showcasing their newlywed chemistry!

Previously featured as the cover stars for the October issue of 'Vogue Taiwan', Koo Jun Yup and Barbie Hsu also took part in a relay Q&A interview with the magazine. This marks the first time ever that the couple has made a public appearance together in moving image form.

For their 'Vogue Taiwan' interview, Koo Jun Yup and Barbie Hsu were given the task of quizzing each other, to see who knew the other person better. As a warm-up exercise, the couple also answered some general questions like, "Who has the better personality?", "Who takes longer to get ready to go out?", and more.

To "Who has the better personality?", both Koo Jun Yup and Barbie Hsu pointed to Koo Jun Yup. Barbie Hsu commented, "He just has a really good personality. I have never seen him get angry before." To this, Koo Jun Yup added on, "Of course, Hee Won (Barbie Tsu's name written in Korean) treats me so well. But at the same time, I am the more open-minded person (laughter)."

Moving onto the couple quiz question, Barbie Hsu asked Koo Jun Yup, "How many tattoos do I have?". Koo Jun Yup then began to count mentally, and eventually answered, "Nine?". However, Barbie Hsu said, "No, you forgot one." She then pointed to the top of her left thigh and observed, "He drew this tattoo on himself but he doesn't remember it."

The actress explained, "We decided to tattoo our wedding bands on. So he bought a tattoo machine, and brought it with him. So I asked him to do another tattoo for me, since he brought the machine. We were watching a Korean drama together one night, and we saw some pattern in the drama and said, 'That pattern is nice. Let's do that'. So he drew that on with the tattoo machine at home."

She continued, "But there was a red scar that looked like a burn scar, and it wouldn't go away. So oppa turned the scar into a tiny human. Well he tried it on himself first to see if it would look good, and then he did it for me. But the one that he did on himself looks better. Mine doesn't look that good (laughter)." 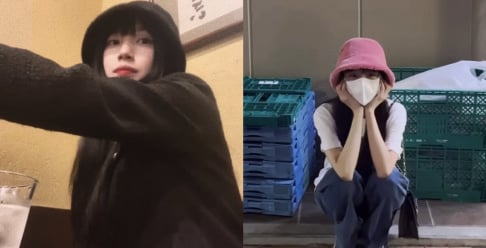 Suzy mesmerizes with her beauty in her latest YouTube vlog 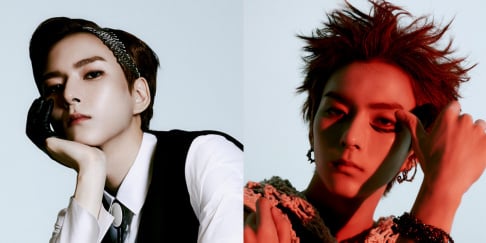 Xdinary Heroes's O.de gets a wild 'Hair Cut' of his own in 'Overload' concept photos

I thought the guy was Hong Seok Cheon!

I hope Barbie's found her "happy ever after," this time around.

Elite company: The Girl Groups that have won the grand award on both MAMA and Melon Music Awards
6 hours ago   10   7,888