On this first episode of 'K-909', NCT 127 greeted fans with songs from their brand new album, '2 Baddies', including the title track "2 Baddies", as well as b-side tracks "Faster" and "1, 2, 7 (Time Stops)". The group also had a chance to sit down for a talk segment with host BoA, where Jaehyun sang a snippet of his solo single "Forever Only", and Taeil and Mark treated fans to a piano and guitar duet of "Designer".

Watch NCT 127's performances from JTBC's new music program 'K-909', above and below! 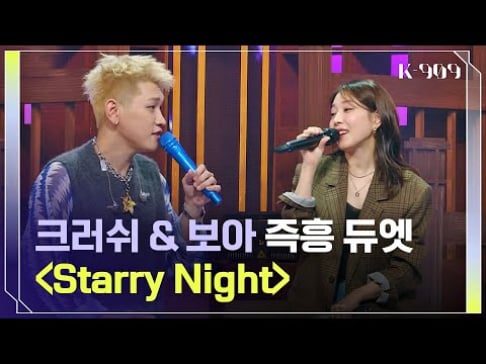 "Faster" is my favorite b-side on the album, and I love their choreo for it! And the black outfits that show off their arms looked really good!

There's so much praise for the wonderful 4th-generation girl group collaboration performance at the 2022 MAMA Awards!
2 hours ago   13   3,569

Bang Si Hyuk alleged to have removed NewJeans' stylists after the group's performance at the 'Blue Dragon Film Awards'
3 hours ago   9   22,493

YG Entertainment's sub-label THEBLACKLABEL to hold an audition for its first girl group
4 hours ago   19   3,681

Jung Kyung Ho candidly talks about his relationship with Sooyoung and their marriage plans
18 minutes ago   0   2,007

Actor Couples and Pairs that showcased chemistry more than once
1 hour ago   0   1,303