Teaser
Posted by Sophie-Ha 15 days ago

TXT is getting close to the day of releasing 'The Chaos Chapter: FREEZE.'

The boy group has been releasing various teaser images and photos along with film teasers. Just a day before, TXT released the highlight medley through a series of short TikTok videos.

Then on May 28 at midnight KST, the boy group unveiled the first official teaser for "0X1=LOVESONG," in which they show the happiness of being in love.

TXT's second full-length album, 'The Chaos Chapter: Freeze,' is set to drop on May 31 KST. So check out the video above before the release of TXT's album!

This Teaser is everything, And The song sounds so good, the way the boys voices blends with Seori is stunning, I can't express just how much I'm Interested in this song, Also can we talk about That Yeonjun dance in the beginning, And the aesthetic is very much in My taste for the whole era 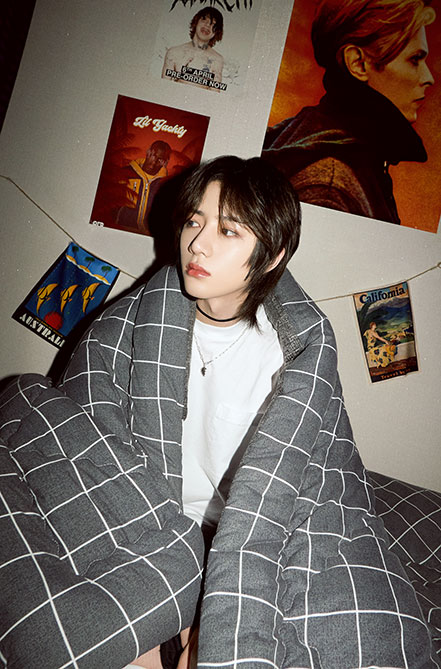 TXT are really growing on me. Their earlier debut songs are not my cup of tea but it’s nice to see their growth and their songs have changed with them. I’ll admit, I def always saw them under Senior‘s shadow and really didn’t give them a chance at first but they do have their own color and sound that is completely different from their senior group and many other groups in their generation.

Fans talk about Super Junior's Eunhyuk purchasing a dream house for his family
2 hours ago   7   3,149

'Penthouse 3' gets criticized by international audiences for their racist portrayal of a new character
12 hours ago   160   37,844

Famous Japanese Anime series ‘My Hero Academia’ is ready for an OST with BTS's Jungkook
27 minutes ago   4   2,651

SPOILER
Viewers think 'Penthouse 3' jumped the shark with the latest storyline
55 minutes ago   9   3,594

[Theqoo] Korean netizens react to BTS's Jimin having the most-streamed song of all-time on SoundCloud
1 hour ago   6   1,204

'Penthouse 3' gets criticized by international audiences for their racist portrayal of a new character
12 hours ago   160   37,844